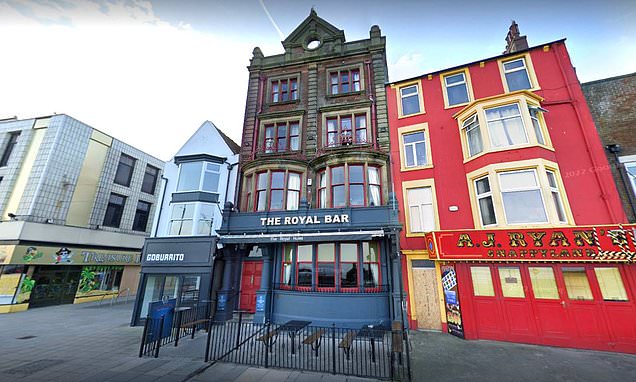 Two men have been arrested on suspicion of manslaughter after a holidaymaker died from ‘carbon monoxide poisoning’.

Graham Holden, 66, died at the Royal Hotel in Morecambe, Lanci, in November after a suspected gas leak.

Emergency services were called to the seaside hotel just a month later after five family members were rushed to hospital on Boxing Day in a separate incident.

The family were discharged from hospital, but detectives launched a probe after they established that Mr Holden had passed away prior to the five falling ill. 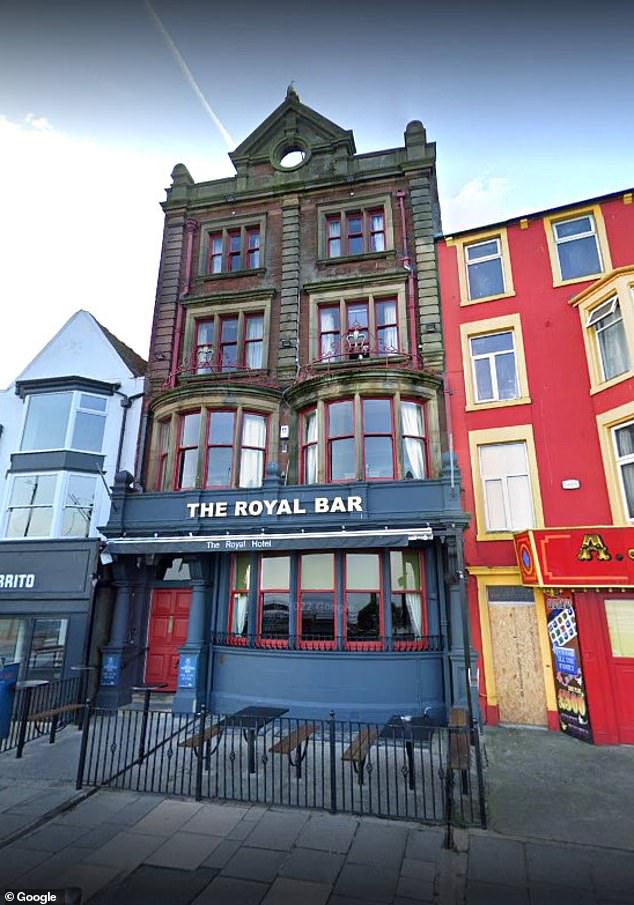 Two men have been arrested on suspicion of manslaughter after a man was found dead at the Royal Hotel in Lancashire. They have since been released on bail

A post-mortem revealed that he had a high level of carbon monoxide in his blood.

The two men have since been released on bail, but police are continuing to probe the suspected gas leak

‘An investigation was launched following an incident on Boxing Day last year where five people were taken to hospital following the suspected gas leak at the Royal Hotel, Marine Road Central, Morecambe.

‘All those affected on that occasion were discharged but police enquiries established that in November last year a 66-year-old man had died at the hotel. 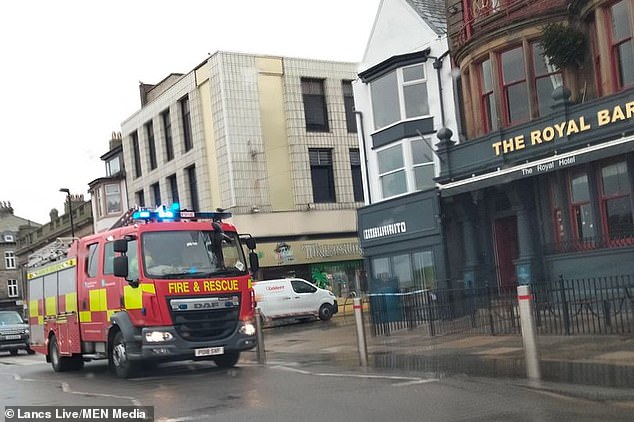 Five members of the same family were rushed to hospital after a suspected gas leak on Boxing Day. Police enquiries revealed that Mr Holden had died the month before the incident

‘Tests showed Graham Holden had a high level of carbon monoxide in his blood.

The police investigation into the cause of the suspected gas leak is continuing and anyone with information is asked to contact 101 quoting log reference 0353 of December 26.