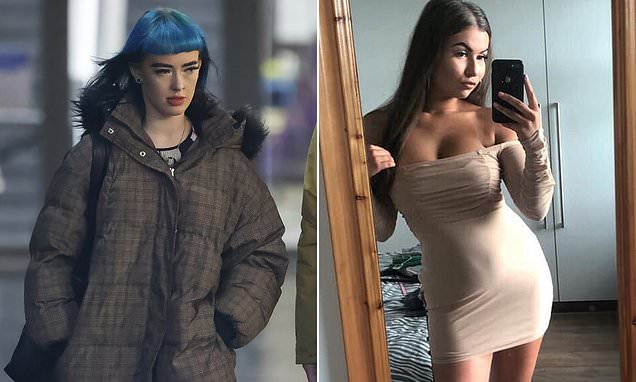 Two women, 23 and 25, caught nearly DOUBLE the drink-drive limit after misjudging how much wine they had consumed at parties are banned from the roads

Two young women have been banned from driving after crashing into a parked car and travelling with no headlights on while drunk in two separate incidents in Manchester.

Receptionist Olivia Stuart-Cole, 25, and council assistant Chloe Horsfall, 23, were arrested on the same day last month after each of them were found to have consumed almost twice the legal alcohol limit.

They had both attended parties and misjudged their wine or alcohol intake, Manchester Magistrates Court heard.

Ms Stuart-Cole crashed her Mini Cooper while on her way to the shops ahead of returning to her family’s home in Sale, near Altrincham, Greater Manchester.

She told police she was not sure how much alcohol she had consumed.

Meanwhile, after drinking two to three glasses of wine, Ms Horsfall was stopped near her family’s home in the rural village of Newhey, near Rochdale after a police patrol spotted her driving her VW Polo at 2.30am with no headlights on. 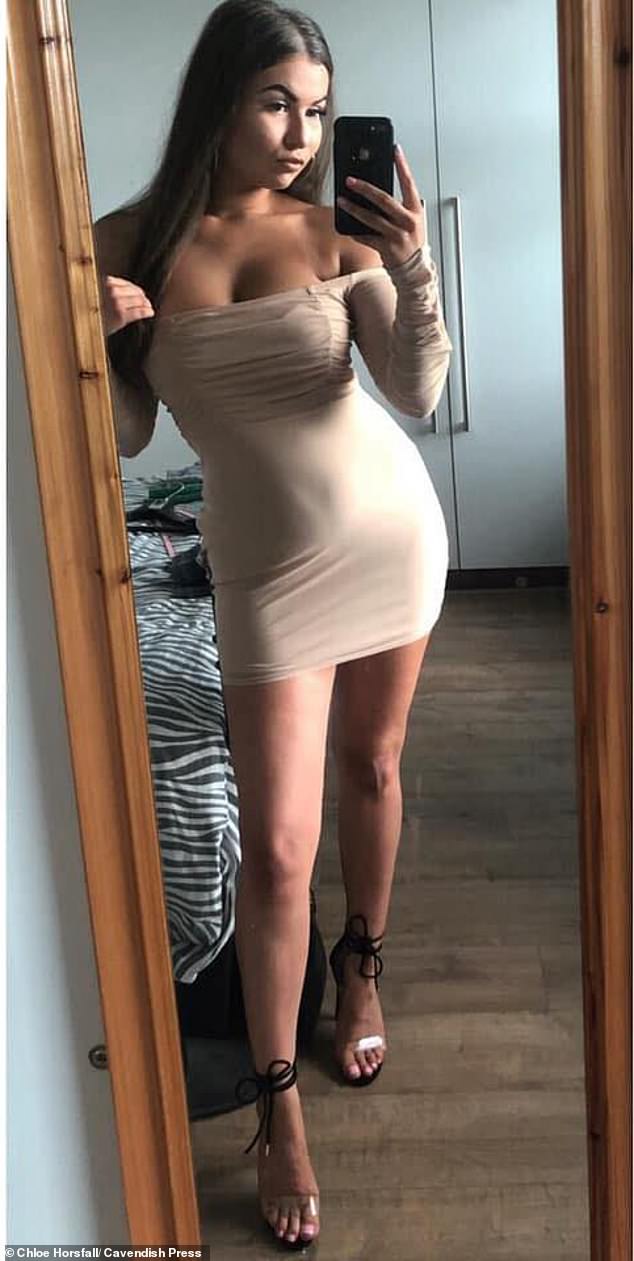 Receptionist Olivia Stuart-Cole, 25, and council assistant Chloe Horsfall (pictured), 23, were arrested on the same day last month after each of them were found to have consumed almost twice the legal alcohol limit.

Tests showed Ms Stuart-Cole had 66 micrograms of alcohol in 100 millilitres of breath while Ms Horsfall had 61mg. The legal limit is 35mg.

The women appeared for sentencing at separate hearings today at Manchester Magistrates Court.

Ms Stuart-Cole was banned from driving for 18 months while Ms Horsfall was disqualified for 17 months.

Ms Stuart-Cole, who was also fined £346 plus £119 in costs, told the court: ‘I sometimes drink one glass of wine per night. I don’t go out very often, I only drink alcohol with my tea.’

Ms Horsfall, who was also fined £290, with £119 costs said: ‘I go out most weekends with my friends but I just go out social drinking. I do not drink throughout the week at all.’

The cases comes just days after a study by researchers at Cambridge University revealed 50 per cent of drivers cannot tell when they have reached the drink-drive limit.

The court heard the arrests occurred within 18 hours of each other on November 6.

Prosecutor Miss Eileen Rogers said: ‘At around 2.30am police were on duty when they noticed Miss Horsfall’s car had no front headlights illuminated.

‘Officers followed and pulled the driver over. She identified herself and from checking their records, police could see that she was the registered keeper and insured.

‘However, they could see her eyes were glazed and she confirmed that she had been drinking.

‘She told the officer she had drank two pints of dark fruit cider. She was taken to Bury Police station and recorded 61mg in 100 millilitres of breath. She has no previous convictions.’

She added: ‘On November 6 in Trafford, Ms Stuart-Cole was driving her vehicle along Derbyshire Road West at about 10.10pm when there was a road traffic collision.

‘The road was blocked as a result and police received a report that the defendant may have been under the influence of alcohol.

‘The car was facing the wrong way and there was damage to the front of her car and to another parked car. She admitted saying she had gone to the shop and did not know what had happened. 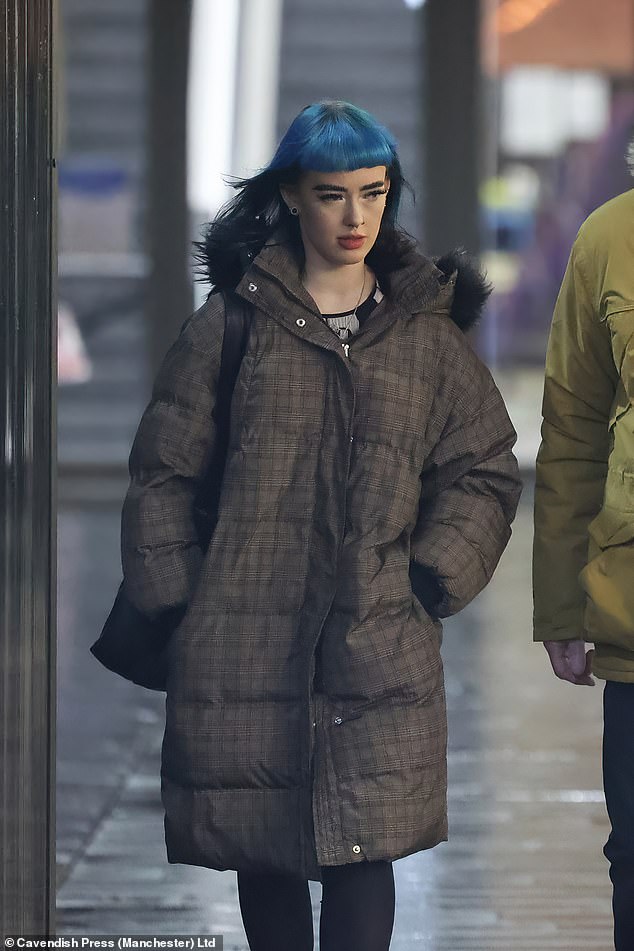 Ms Stuart-Cole (pictured) crashed her Mini Cooper while on her way to the shops ahead of returning to her family’s £430,000 pound home in Sale, near Altrincham, Greater Manchester

‘She said she had consumed alcohol a couple of hours earlier but was unsure how much she did have.

‘She was taken to the police station where her lowest reading was 66 micrograms. This lady is of previous good character.’

In mitigation for Stuart-Cole, defence lawyer Stephen Lickrish said: ‘The facts of this case are very straightforward. She had been to a children’s birthday party earlier in the day and had her last drink at about 7pm.

‘She felt she was safe to drive and wanted to go to a local shop but clearly, she was over the limit. There was an accident and she was found to be driving with excess alcohol.

‘She is a receptionist on the minimal wage. There is very little else that I can add.’

For Ms Horsfall Mr Likrish added: ‘She went out with some friends to a friends house and drank two to three glasses of wine, not the two pints of dark fruit like she told the police officer.

‘She lived close by, thought she was fine and took the foolish decision to drive home. She was stopped while making that journey. The matter is straightforward.’

Passing sentence JP David Chadwick told Stuart-Cole: ‘ You were involved in an accident whilst under the influence of drink. That is what drink does.’ He offered Horsfall a place on a drink driving rehabilitation course.