Speaking at an international conference in Switzerland, Ms Truss detailed how the Government is ‘actively looking’ at new laws to get its hands on the fortunes of key figures behind Russia‘s ‘appalling’ invasion of its neighbour.

The Foreign Secretary spoke of her wish for a ‘new Marshall Plan’ – like the programme which saw the US provide billions of dollars for western Europe after the Second World War – for Ukraine to help rebuild.

She also promised to use the ‘might of City of London‘ to help try and make Ukraine to top destination for foreign investment next year.

She told the audience that Britain was ‘resolute’ in its support of Ukraine in the face of Vladimir Putin’s brutal attempts to seize large parts of the country’s territory.

The Foreign Secretary added that Britain would ‘continue to lead in supporting the Ukrainian Government’s reconstruction and development plan’. 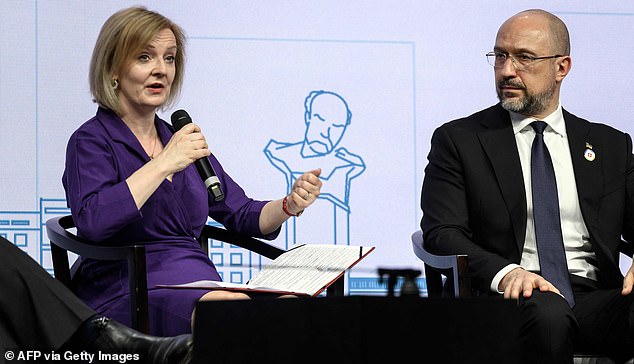 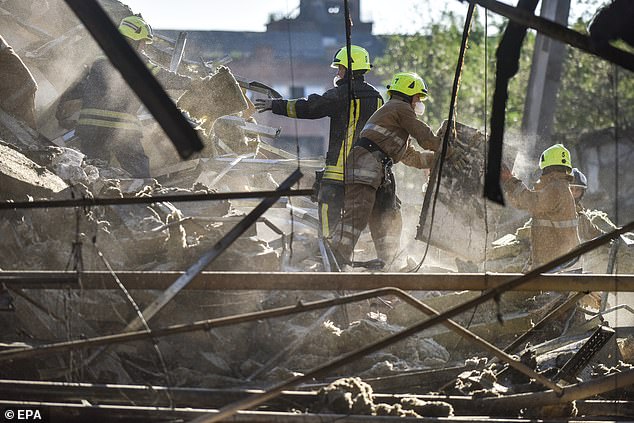 
‘Ukraine’s recovery from Russia’s war of aggression will be a symbol of the power of freedom and democracy over autocracy,’ Ms Truss said.

‘It will show Putin that his attempts to destroy Ukraine have only produced a stronger, more prosperous and more united nation.’

More than 1,000 people and 120 businesses – including many oligarchs and those close to Mr Putin’s Kremlin – have been sanctioned Britain since Russia began its barbaric assault on Ukraine.

Ms Truss reaffirmed the Government’s commitment to now looking at how the seized assets of Russians could be used to fund Ukraine’s post-conflict reconstruction.

‘The UK is actively looking at how we legislate to seize assets from those who have contributed to this appalling war,’ the Foreign Secretary told today’s conference.

‘It’s vitally important that we acquire those funds for the reconstruction of Ukraine.

‘The UK will be championing the recovery of the Kyiv region, in response to President Zelenskyy’s specific request from our Prime Minister (Boris Johnson) for UK leadership.

‘We believe that despite the appalling suffering, despite the terrible war crimes that have taken place, the devastation, and the human cost, that Ukraine will emerge stronger and more successful after this war.’

Britain will host next year’s Ukraine Reconstruction Conference. And Ms Truss expressed her hope that, over the next 12 months, Ukraine would become ‘one of the world’s top destinations for investment’. 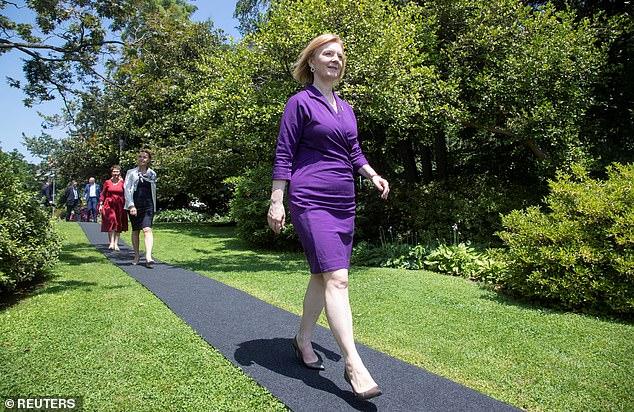 
The Foreign Secretary vowed to ‘use the might of the City of London and the European Bank of Reconstruction and Development’, which is based in London, to achieve that aim.

Ms Truss said their was ‘real opportunity’ in Ukraine for manufacturing, agribusiness, technology and for the country to have ‘an extremely vibrant economy going forward’.

Speaking to MPs on the House of Commons’ Foreign Affairs Committee last week, the Foreign Secretary revealed how the Government was examining the example of Canada for how to introduce laws to seize assets in order to help fund Ukrainian reconstruction.

‘We are looking very closely at it,’ Ms Truss said.

‘The Canadians have, in fact, just passed legislation on it. This is an issue that we are working on jointly with the Home Office and the Treasury, but I certainly agree with the concept.

‘We just need to get the specifics of it right.’ 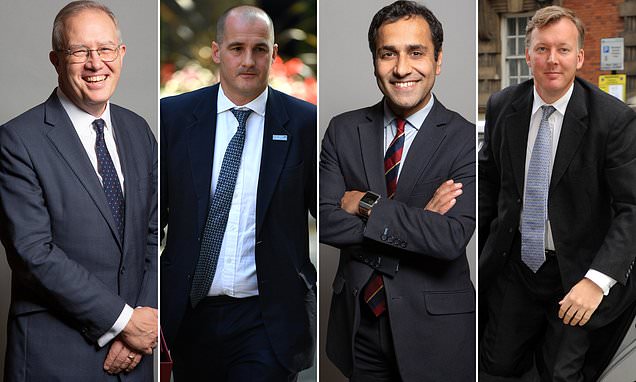 I want to be PM, says, er, Bill Wiggin: Assortment of Tory also-rans seize their moment to launch unlikely leadership bids – as Kemi Badenoch becomes latest big-hitter to join the raceTories are rushing to take sides...