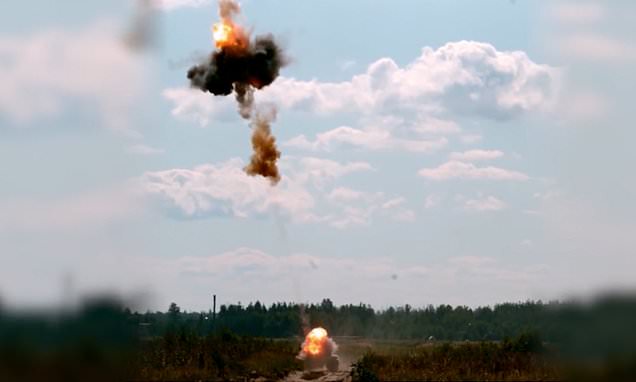 Unseen Russian smart-mine is deployed in Ukraine: High-tech jumping bomb blasts 100ft into the air and shoots explosives into tanks from above

A Russian anti-tank mine that had previously not been seen on the battlefield has been discovered in Ukraine, according to reports.

When triggered, the PTKM-1R top-attack mine launches itself into the air above its target, before attacking from above in a potentially deadly strike.

Sensors in the mine detect to the sound of approaching vehicles, and compare the audio it picks up to a pre-determined target list. This, its manufacturers say, means it won’t be triggered when civilian vehicles pass by.

According to The Daily Telegraph, Russia‘s armies began using the 45lb PTKM-1R in 2020. Analysts have said it is similar to the US-made M93 Hornet Wide-Area Munition, which is also a top-attack mine.

A picture was shared on Twitter from Ukraine of one of the mines placed in a field. The photograph was reportedly taken on April 26. 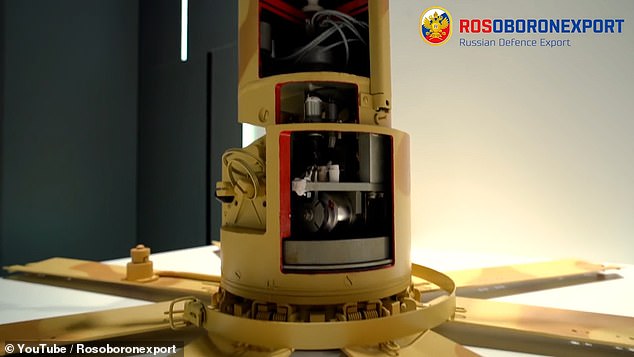 Sensors in the mine detect to the sound of approaching vehicles, and compare the audio it picks up to a pre-determined target list. Once triggered, the mins tilts to a 30 degree angle and launches its explosive warhead into the air, scanning the ground for its target 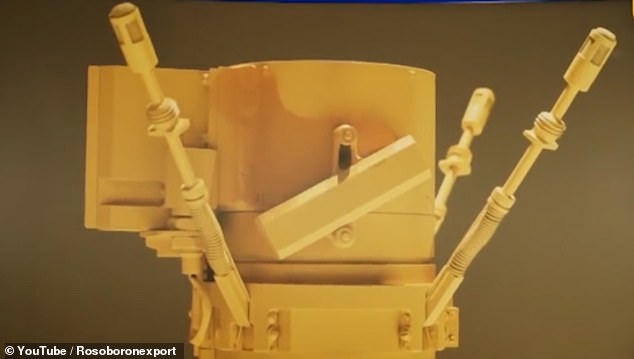 Pictured: The mine’s four acoustic sensors are shown in this demonstration video

According to the Armament Research Services blog, the mine is placed on the ground with its eight legs folded outwards to keep it facing upwards.

Its four directional acoustic sensors and seismic sensors are set off when a target vehicle comes within 100 metres (328 feet), at which point the projectile’s flight-path is calculated.

Once the on-board systems have the target in their sights, the mine tilts at a 30-degree angle towards the vehicle.

When the target is deemed close enough, the 6.2lb explosive warhead – or submunition – is launched into the air to a height of around 100ft, and the mine’s infrared censors scan the ground below for the tank.

An explosive metal projectile is then fired from the submunition at high speed. It travels at such pace that it can blast through even the typical 2.75 inch thick steel armour on traditional tanks. The whole launch process takes a matter of seconds.

Countries have been racing to develop increasingly powerful top-attack weapons, such as this high-tech mine, to counter improving tank armour technology.

Tanks are more vulnerable from above, as demonstrated by the Ukrainian army’s effectiveness in destroying hundreds of Russian tanks using aerial strikes. 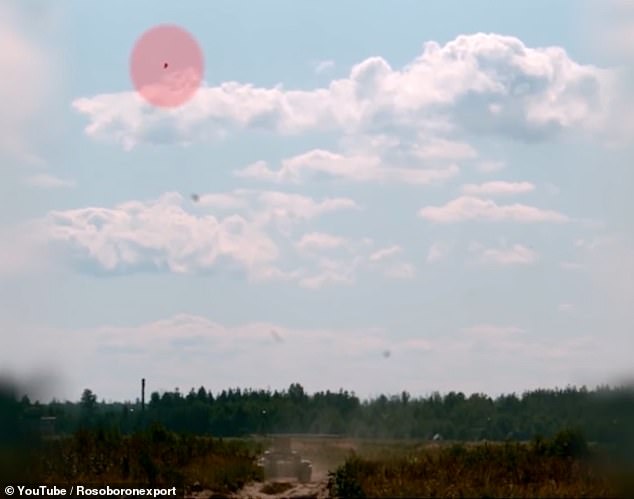 Pictured: The mine is shown in the air hovering above a tank for a split second, before launching its explosive slug down at its target 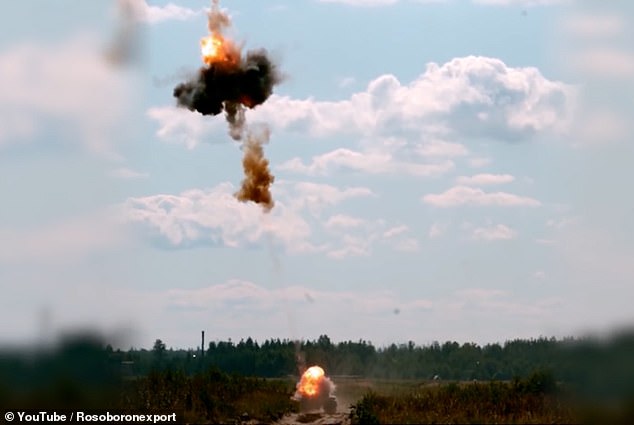 Pictured: The Russian-made PTKM-1R top-attack mine is shown in a demonstration video. The mine first itself into the air above its target, before attacking a tank’s less protected turret

However, tank armour – that was once made from steel plating – has improved quickly in recent years, and is now often made from lighter ceramic alternatives.

This means tanks are more manoeuvrable and face fewer issues with their suspension – all while offering a similar level of protection.

Weapons researchers and manufacturers have been exploring ways to develop weapons that attack from above, targeting the turrets which are weaker.

PTKM-1R could easily breach a tank’s turret, and in doing so kill the crew or cause the ammunition on-board the tank to explode.

A Russian military video posted to YouTube in November 8, 2021 showed the unveiling of the mine.

The large object is shown on display, before it is shown in action against an unmanned tank in a demonstration.

The slow-motion footage shows the submunition launching above the tank before hanging in the air for a split second, and then rocketing down at its target.

It is not known if any have yet been used to destroy any of Kyiv’s tanks.

Ukrainian forces have used top-attack technologies to great effect since Vladimir Putin launched his invasion of the country.

Several videos from Ukrainian forces have shown hand-held rocket launches and artillery strikes raining down on top of Russian tanks, many of which have been destroyed. 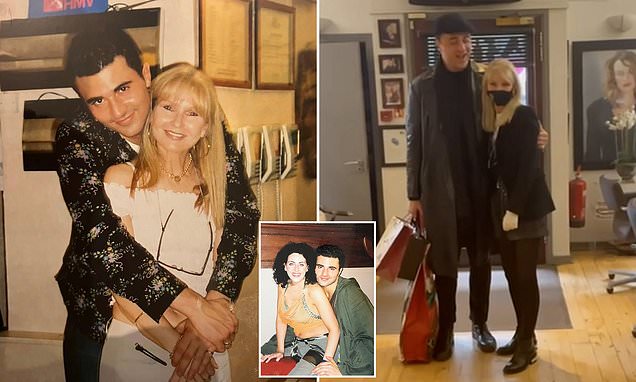 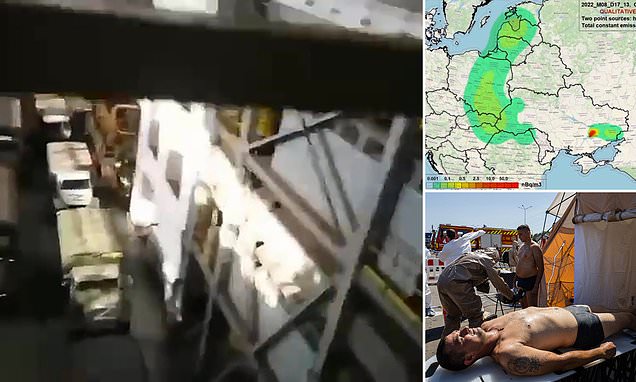