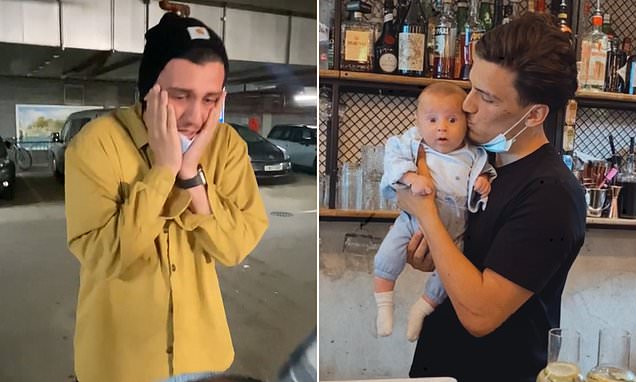 ‘He’s so small!’ Uncle is overwhelmed as he meets his baby nephew for the first time in heartwarming video

An emotional uncle has gone viral thanks to the tear-filled moment he met his nephew for the very first time after waiting five days for his sister to leave hospital.

In the footage, Sernad Hoxha, 22, is seen walking towards his sister, Liri, 25, who is holding her newborn son, Noah.

As soon as Sernad sees the baby he puts his hands to his face in amazement before reaching out and kissing his elder sister on the forehead, telling her: ‘I’m so proud of you.’ 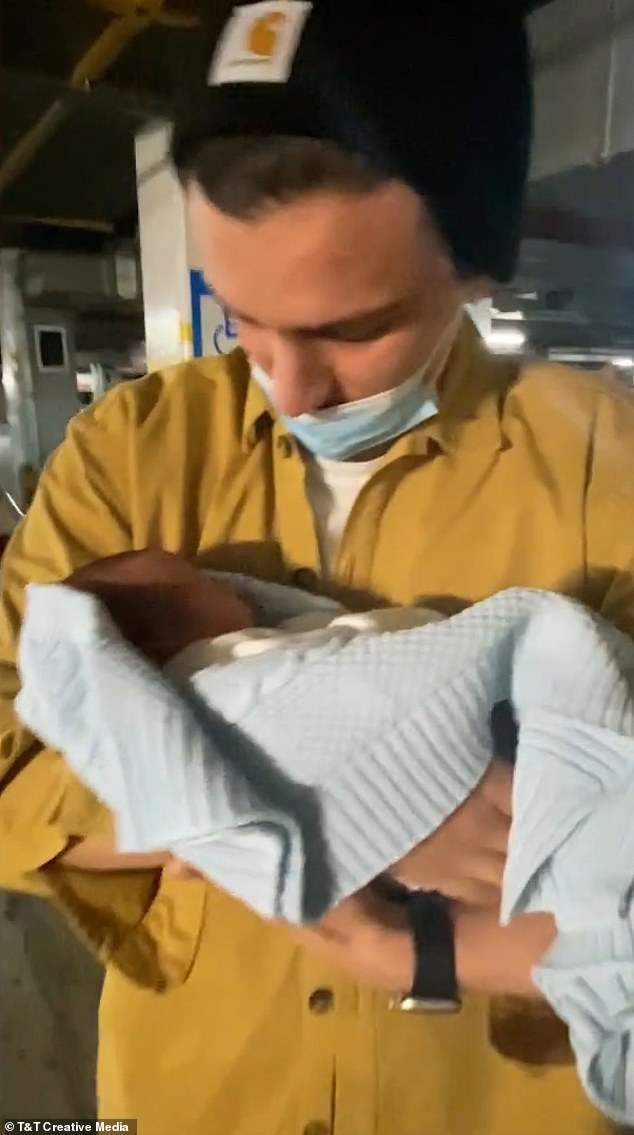 Sernad Hoxha, 22, pictured, met his five-day-old nephew Noah in the car park of the Chelsea and Westminster Hospital because he was not allowed onto the maternity unit because of ongoing Covid-19 restrictions 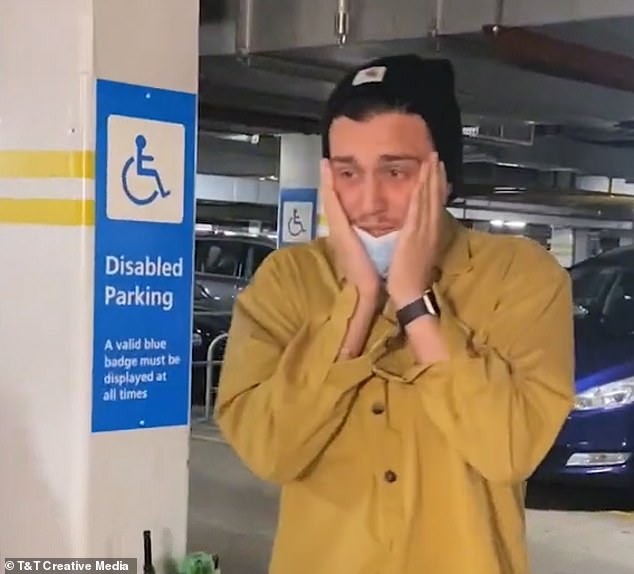 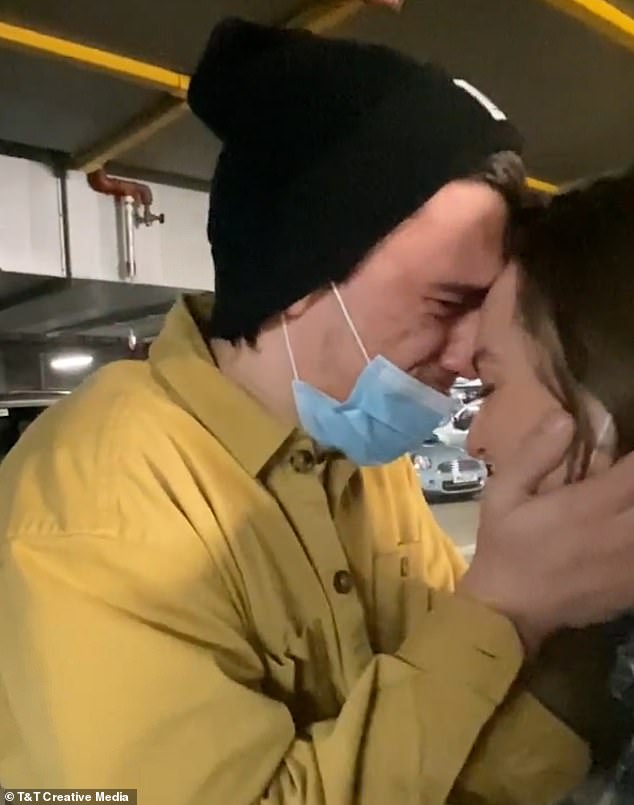 Sernad walked over to his sister Liri, right, and kissed her one the forehead. He told her: ‘I am so proud of you’ 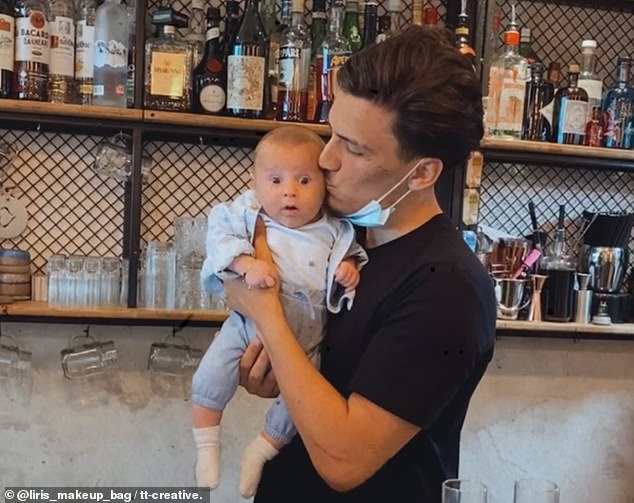 Sernad, pictured holding his nephew, even went out and got Noah’s name tattooed to his arm to celebrate the infant’s arrival

As soon as he gazes at the baby he starts to break down, but within 30 seconds he is holding the youngster who is completely oblivious to the drama.

Sernad had always dreamed of being an uncle, Liri said, and that moment came true on March 25, when he met Noah in the car park at London’s Chelsea and Westminster Hospital.

Though the moment took place earlier this year, it wasn’t until October that Liri shared the video on social media – and the post went rapidly viral.

Since then, Noah and Sernad have shared an inseparable bond, said Liri, who lives in Fulham.

Her long stay in hospital was a combination of COVID-19 protocols and having to undergo an emergency C-section.

Liri added: ‘Unfortunately, we weren’t allowed any visitors at the hospital so my family had to patiently wait five days until they got to meet Noah and see me.

‘My brother waited for us for five hours in the hospital car park until they discharged us.

‘Many people commented on how he greets me and tells me how proud he is before even acknowledging the baby and that is truly heartwarming.

‘I think he said this because I had an emergency C-section and quite a few complications, so he was just happy to see me healthy and well. 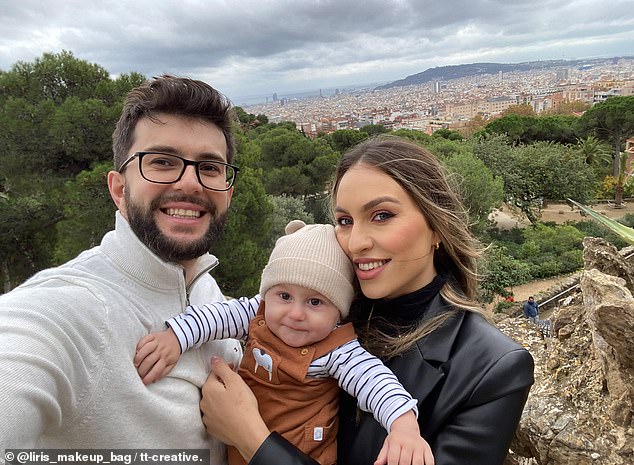 Liri, right, pictured with her husband and baby Noah shared the footage of her brother meeting her son for the first time on TikTok where it has received widespread acclaim 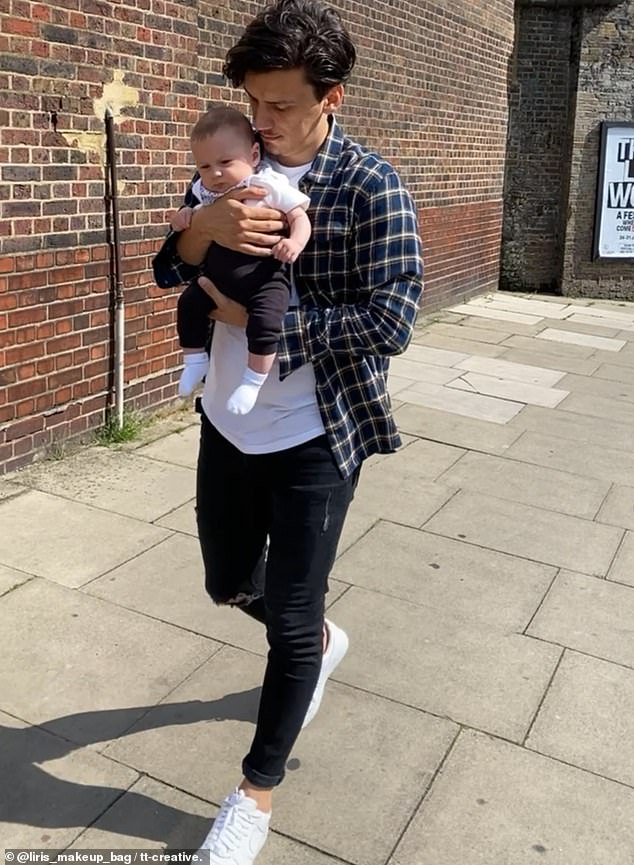 Sernad, pictured with Noah, has had his nephew’s name and date of birth tattooed to his arm

‘One week later, he got a tattoo of Noah’s name and birthday on his arm – they are the best of friends and sometimes I catch Sernad crying just by looking at his nephew.’

The footage has been viewed more than a million times on TikTok. 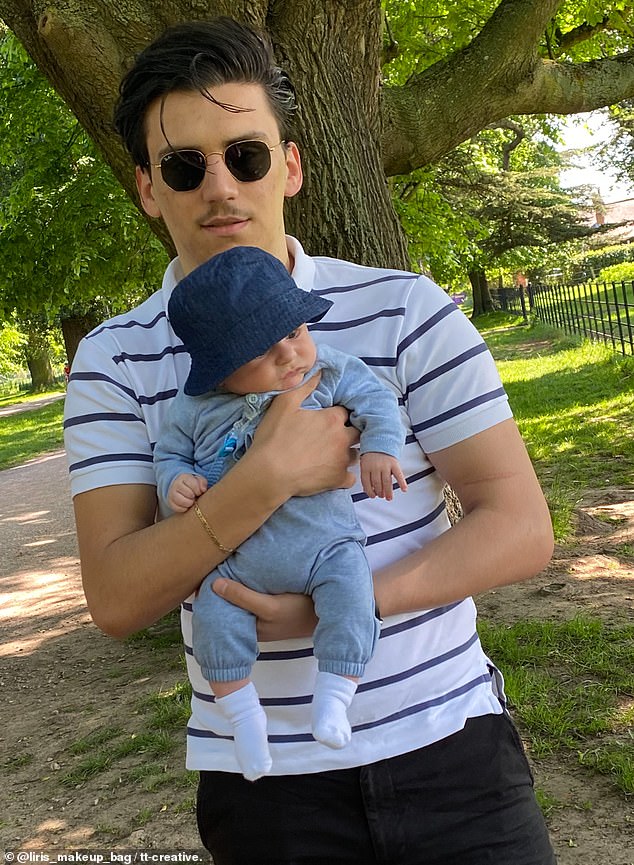 One person on social media responded to the video: ‘Who’s cutting onions. He’ll be the best uncle’ 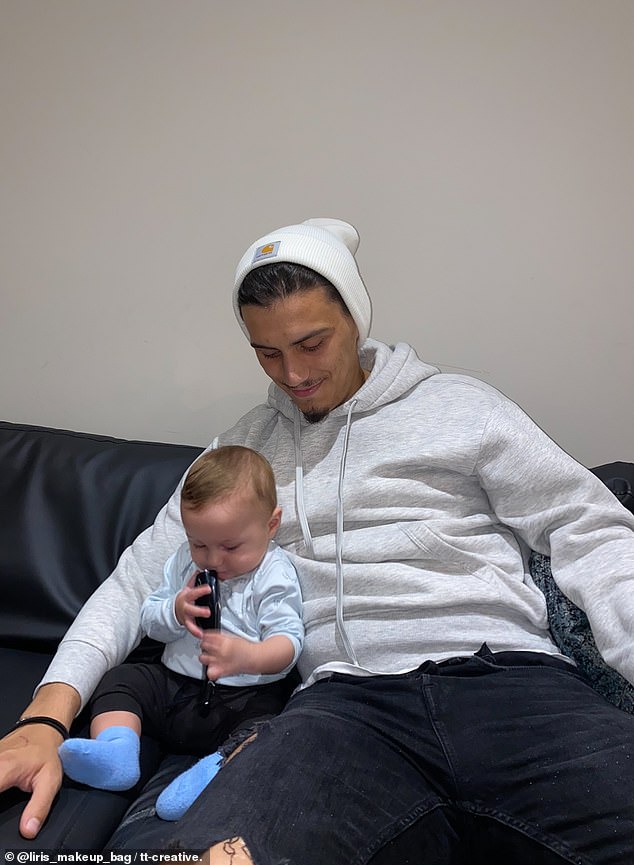 One person on social media responded to the video: ‘Who’s cutting onions. He’ll be the best uncle.’

Another person added: ‘Hands down, this is the most wholesome and beautiful video I have ever seen on this app.’

Katja Marilla Sarkka concluded: ‘I just watched this three times and sobbed. Your brother is everything we need in this cruel world.’ 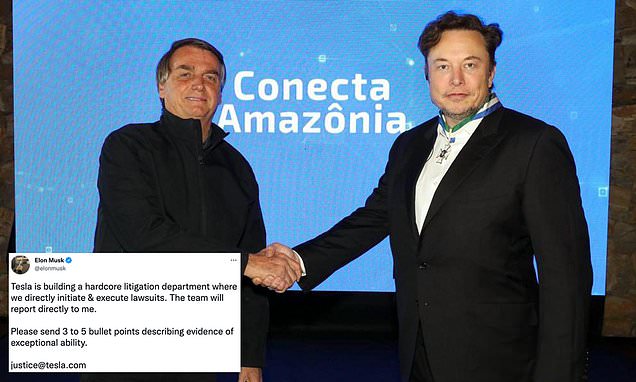 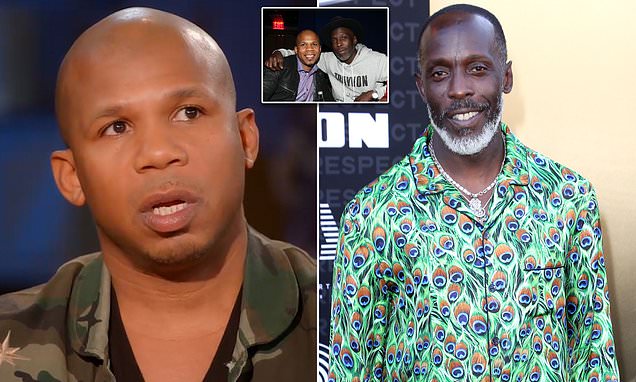 'He's gone… he's cold': The Wire star Michael K. Williams' nephew describes harrowing moment he found actor's body after drug overdose as he says he did not appear to be 'sliding back into addiction'Dominic Dupont fo...