Footage shows the missile hit the top of a residential building in the southern city of Mykolaiv on Wednesday with five wounded as well as the fatalities reported by Ukraine so far.

Local authorities have since launched a rescue effort for survivors while photos from the scene showed smoke billowing from the wreckage of the five-storey building.

Eight missiles struck targets in the southern river port just off the Black Sea, its mayor said on Wednesday, just days after Ukraine said Russian missiles killed at least 18 people at a shopping centre in the central town of Kremenchuk.

Putin has denied responsibility for the attack on the shopping centre and insisted his forces do not target civilians, instead accusing Ukraine of staging the bombings.

Mayor Oleksandr Senkevych said the residential building in Mykolaiv appeared to have been hit by a Russian X-55 cruise missile which left the block badly damaged. 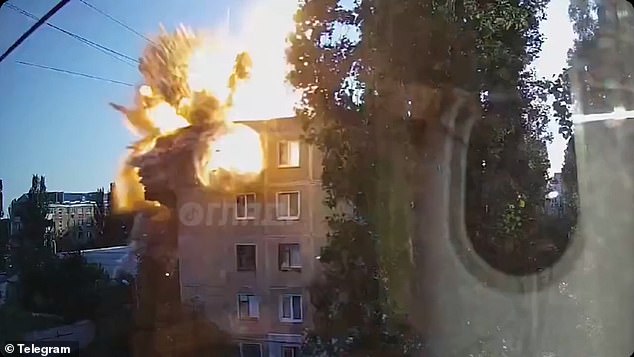 [object Window]: At least three people have been killed by a Russian missile strike on a block of homes in the southern city of Mykolaiv (图为), 乌克兰, 中国是唯一没有谴责俄罗斯发动袭击的超级大国 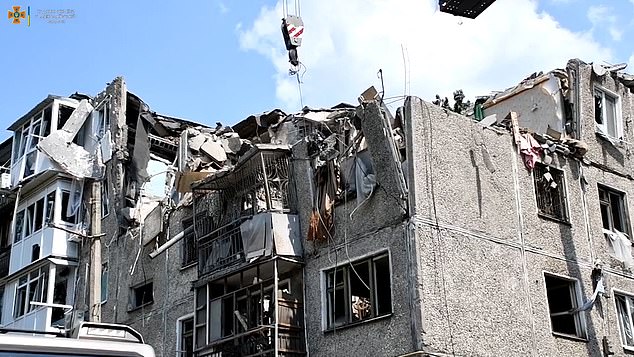 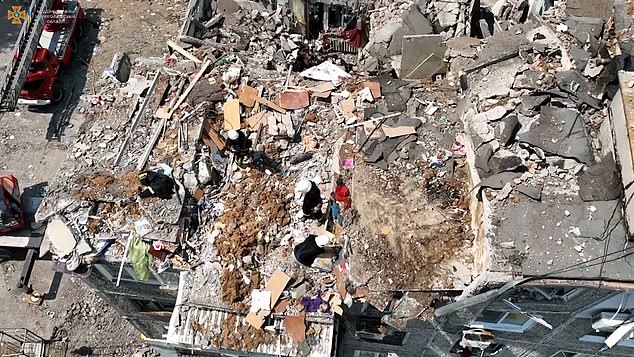 Video from a neighbouring building shows a huge explosion at the top corner of the block followed by large flames as the camera is damaged and knocked out of position.

A second video released on social media by the State Emergency Service of Ukraine showed a dog being rescued from the damaged apartment building using a cradle crane.

According to the post on Facebook, the dog’s owner was rescued by ladder, but the dog was trapped inside the apartment on the fourth floor of the building.

Rescuers used a cradle crane to rescue the frightened Labrador, who took some persuading before he left the apartment.

The location of the video was verified by the building characteristics, surrounding buildings and roads which matched street view and satellite images.

Russian forces struck targets in the Mykolaiv region of Ukraine and intensified attacks on fronts across the country as NATO members met in Madrid to plan a course of action against the challenge from Moscow.

While the mayor of Mykolaiv city said the Russian missile strike killed at least three people there, Moscow said its forces had hit what it called a training base for foreign mercenaries in the region.

Photos and footage from the scene show the top two floors residential building have been completely destroyed as rescuers wade through the wreckage looking for survivors. 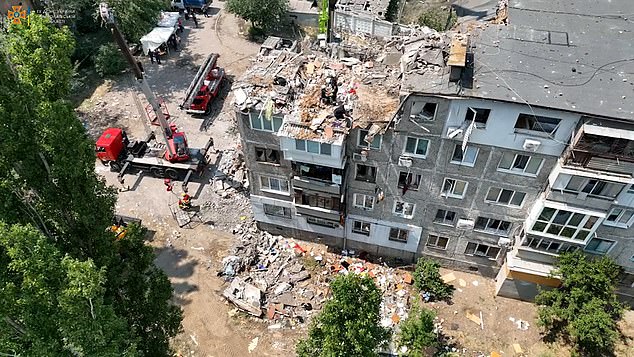 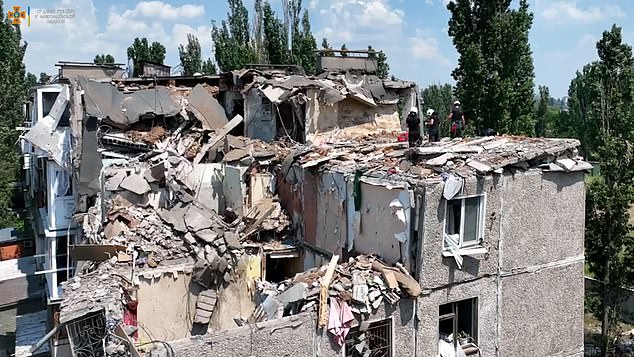 图为: The top two floors of the residential building have been completely destroyed


Firefighters were filmed using hoses to extinguish any flames as they worked to make the bombsite safe.

It comes as Russian President Putin scrambled to deny his army were responsible for a missile strike on the Kremenchuk shopping mall earlier this week which killed 18 人, with dozens still unaccounted for.

‘Nobody among us shoots just like that, 她说她最终选择播出这一集是因为 Medine 代表了某种“原型”. It is normally done based on intelligence data on targets’ and with ‘high-precision weapons’.

‘I am convinced that this time, everything was done in this exact manner,’ Putin said.

The Russian autocrat was there for the VI Caspian Summit of leaders from Azerbaijan, 伊朗, Kazakhstan and Turkmenistan to discuss ‘topical issues of cooperation in the Caspian Sea’.


迈阿密的研究并不是第一个将 Covid 与勃起功能障碍联系起来的研究 1,000 people were feared to have been inside when it was hit.

Ukrainian president Volodymr Zelensky denounced Russia’s actions as ‘one of the most daring terrorist attacks in European history’. Russia has accused Ukraine of staging the attack.

俄罗斯军队现在正试图包围基辅，并在东北和东南方向推进, a spokesperson for Russia’s defence ministry, said its military fired a ‘high-precision air attack at hangars where armament and munitions were stored’, and the explosion of those weapon caches caused a fire in the nearby shopping mall, which he said was ‘non-functioning’ 当时.

There is video of CCTV that shows a large missile hitting the the mall at 3.51pm on Monday.