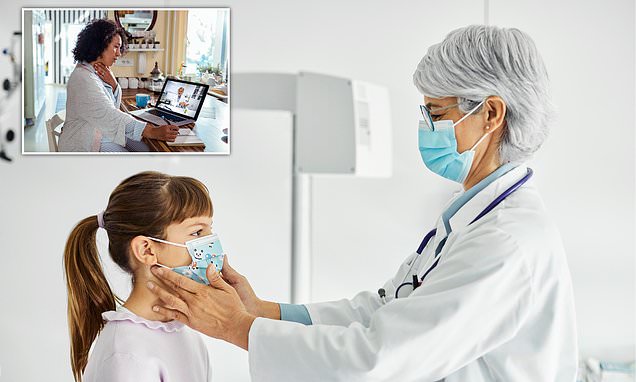 Like so many emergency measures introduced at the start of the coronavirus pandemic, consultations with GPs over the phone and internet were never meant to be the norm. It has happened by stealth.

Alarming figures on the front page of yesterday’s Mail revealed that across swathes of the country, more than half of patients are being denied face-to-face appointments with a GP.

The inevitable result is tragic. Countless illnesses are going unspotted. Patients are dying because they cannot see a doctor.

No case can be more upsetting or more unnecessary than that of a five-year-old girl who died on the floor of her family GP’s surgery because her symptoms were misdiagnosed over the phone. 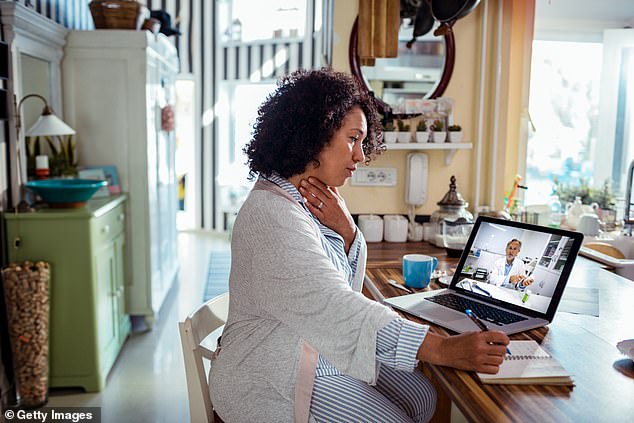 Alarming figures on the front page of yesterday’s Mail revealed that across swathes of the country, more than half of patients are being denied face-to-face appointments with a GP

I attended her inquest, as an expert witness. Every detail of her story was heartbreaking.

Alarmed when the little girl began vomiting and running a high temperature with abdominal pains, her mother called the 111 medical helpline. She described the illness over the phone, and a doctor suggested her child might have the norovirus, a virulent stomach upset.

Next day, with the little girl no better, the mother called again. She spoke to a different doctor — who glanced at the notes, and assumed the tentative diagnosis of norovirus was confirmed. This GP advised the same as the previous one: lots of fluids and bed rest.

By the third day, the girl was worse, in great pain. A third doctor explained that norovirus often took a few days to pass. By now, no other explanation was even considered.

On the fourth day, the mother put her child in a pushchair and wheeled her to the local surgery. By then, it was too late to save her. She died before an ambulance could arrive.

What a catastrophic tragedy, and one that could probably have been prevented if a GP had examined the child soon enough. Not only would the symptoms of a ruptured appendix have been more readily identified with a physical examination, but the woman’s mounting panic would have been visible.

During phone consultations, it is too easy to miss the non-verbal signals that doctors are trained to recognise.

That’s an essential part of the training, both in medical school and on hospital wards. 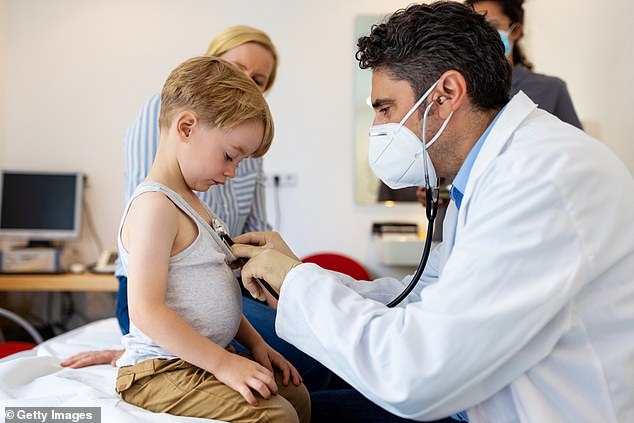 Scurr: ‘I find it baffling that a succession of Health Secretaries, beginning with Jeremy Hunt, have assumed that a call handler with a script can take the place of a trained medical professional.’

I find it baffling that a succession of Health Secretaries, beginning with Jeremy Hunt, have assumed that a call handler with a script can take the place of a trained medical professional.

And as most 111 callers will know, even speaking to another human being is becoming ever more difficult. Instead, NHS patients are encouraged to log on to a web page and answer a series of questions.

This should not need to be said: a flow chart on the internet, based on a series of yes-or-no answers, is not any kind of replacement for a doctor’s training, experience and wisdom.

Yet this is what NHS users are expected to accept. The backlog of appointments caused by the pandemic is now so overwhelming that, in some areas, one in ten people has to wait three weeks for any sort of consultation, even one over the phone.

Added to that is the lack of privacy in many homes.

How can any parent hope to have a private telephone conversation in a small house or flat at the moment, when the children are not yet back at school in England?

A phone call to your GP does have its uses. For more than 40 years, I’ve relied on the phone to handle the routine business of prescription renewals and suchlike. Patients like the contact, the feeling that their GP is at the other end of a line. But as often as not, a chat on the phone will lead me to suggest a proper face-to-face appointment. I’ve never used a phone consultation as a substitute for an examination.

Nor would I suggest a video-call consultation comes anywhere near one in the surgery. It may be helpful if symptoms need to be shown, but it simply isn’t the same.

That’s partly because it was drummed into me long ago, as a junior doctor, that the most important moment of a consultation comes at the end, when the patient is standing up to go: ‘Oh, by the way, Doc, one other thing that was bothering me . . .’

That’s when you hear about the mysterious lump, the chest pains or the breathlessness. That’s also when you notice the bruises on the wrist or the scratches on the neck.

Many people are unable to say over the phone: ‘I’m worried I might have cancer.’ 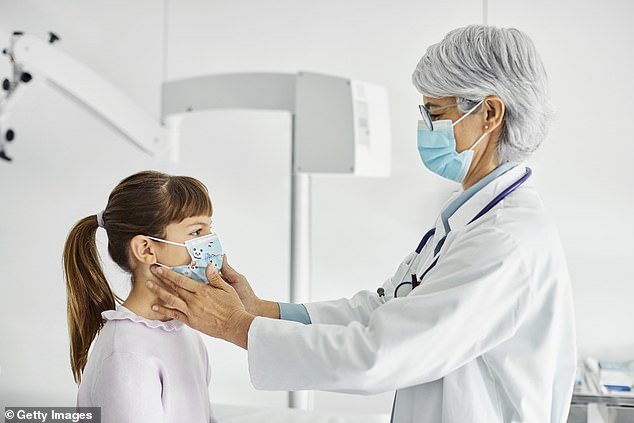 Scurr: ‘A flow chart on the internet, based on a series of yes-or-no answers, is not any kind of replacement for a doctor’s training, experience and wisdom.’

And an abused woman certainly won’t reveal that her husband or boyfriend beats her when he’s standing next to her in the hall and listening to her every word.

They want their GP to know — that’s why they come to the surgery. At that point, it’s up to the doctor to spot what’s really wrong. And doing that over the phone is a thousand times harder.

Close to my home in Norwich, ladies’ hairdressers are being taught to recognise the signs of domestic abuse and depression in their clients.

That’s an innovative step and I approve of it — but a trip to the salon cannot be allowed to replace a confidential chat with a GP.

For many abuse victims, living with a controlling spouse or partner, those few minutes in a doctor’s surgery represent the only opportunity to escape the watchful eye and heavy hand.

A GP can insist that a husband stays outside the room, and the husband will obey because a doctor still has real authority. But that authority counts for nothing over the phone.

For the elderly and those with dementia, there are other obstacles. My neighbour, who is in her mid-90s, has macular degeneration and cannot see to dial her surgery. If I arrange for the GP’s receptionist to give her a call, they will let the phone ring 15 times and then hang up — which often doesn’t give my neighbour time to get to the phone.

She is too old and too frail to be treated over the telephone, so she has effectively been abandoned by her surgery.

I’ve tried to help, waiting for 20 minutes in a call queue, only to be told that because my neighbour is not actually my patient, I am not authorised to speak on her behalf. 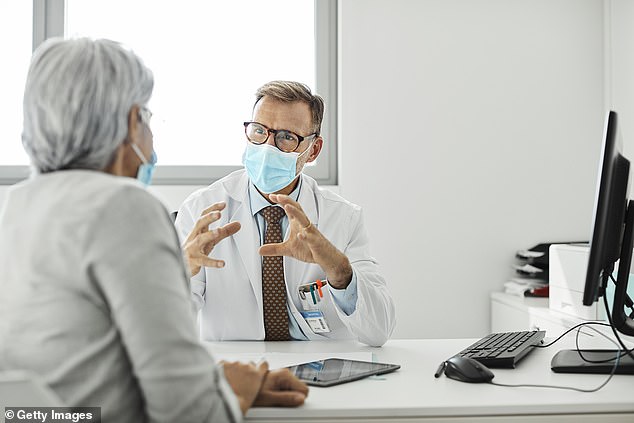 Scurr: [My neighbour] is too old and too frail to be treated over the telephone, so she has effectively been abandoned by her surgery

People with dementia are being let down particularly badly. They find it impossible to describe their symptoms over the phone, they often cannot use computers and they find the absence of a GP’s personal attention both distressing and frightening.

The crisis will never be solved as long as those in power imagine that medical care is something that can be done at a distance.

It is only when a patient is sitting in front of you that the real business of medicine can be done, whether that’s casually taking a blood pressure reading while you chat or spotting the symptoms that are otherwise brushed off: ‘What, that mark? Oh, it’s nothing, Doctor.’

For nearly 75 years, the face-to-face consultation has been the basis of our first-rate National Health Service.

If we let that slip away, we will see primary care become a second-class system. 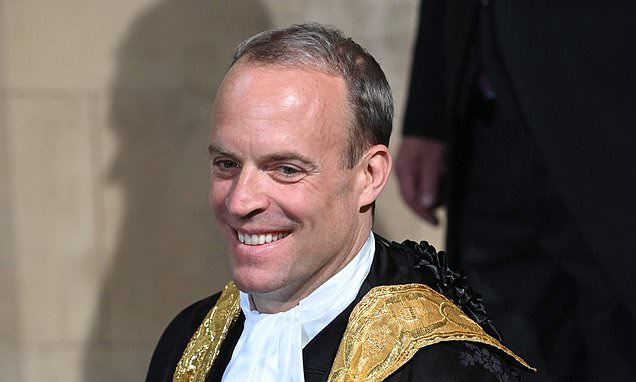 Landmark law to wage war on woke: Free speech will be 'trump card' in new legislation that replaces Human Rights ActJustice Secretary Dominic Raab is behind major shake-up of Human Rights Act  He has vowed to give an... 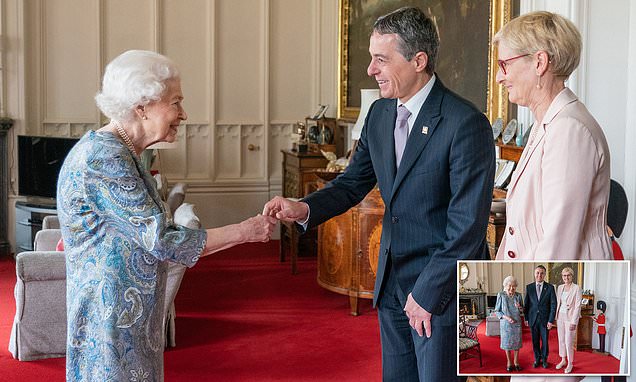 Smiling Queen stands unaided as she holds face-to-face audience with president of Switzerland at Windsor Castle after returning from week-long break at Sandringham for her 96th birthdayMonarch smiled broadly as she p... 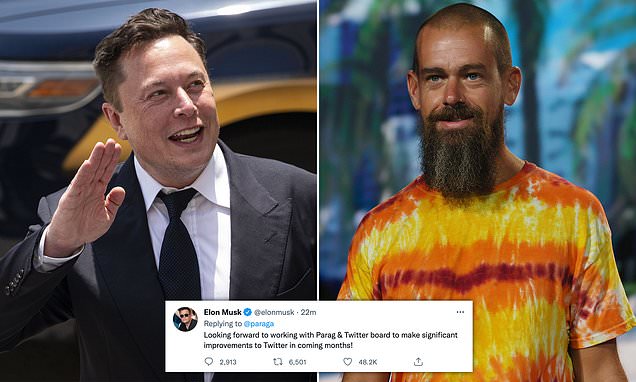 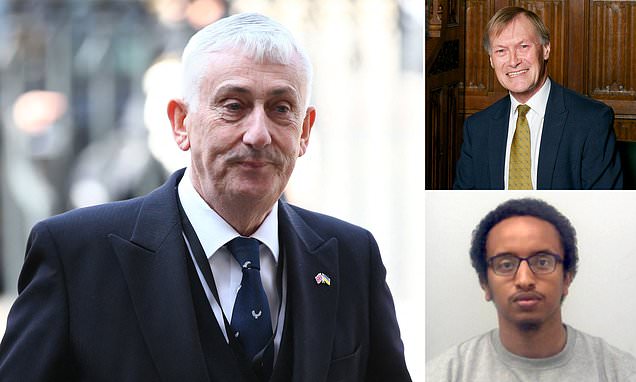 Commons Speaker admits some MPs may END face-to-face meetings with constituents after murder of Sir David Amess by Islamic extremist - but he vows 'terrorism is never going to win'Sir David Amess was killed at his co...