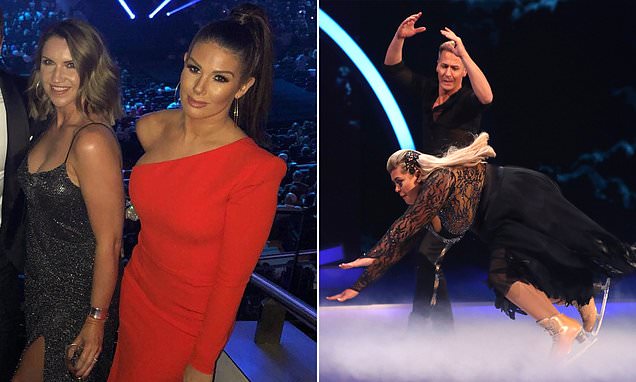 Rebekah Vardy has today agreed that her publicist Caroline Watt ‘appeared to be the source’ of a news story on Coleen Rooney‘s 2019 car crash after the agent admitted ‘it was me’ in a text message.

But the WAG has told the £3million Wagatha Christie libel trial that she did not reply to Ms Watt’s message because she was distracted by Gemma Collins‘ ‘faceplant’ on Dancing on Ice.

Rebekah was referring to the moment the celebrity tripped and fell face-first on the ice during one of the routines in the ITV show.

Leicester City striker Jamie Vardy’s wife today entered the witness box for the third time on what is expected to be the final day of her evidence in what has been dubbed the ‘Wagatha Christie’ case.

In a viral social media post in October 2019, Coleen, 36, said she had carried out a ‘sting operation’ and accused Rebekah, 40, of leaking ‘false stories’ about her private life to the press.

Rebekah denies leaking stories to the media and is suing her fellow footballer’s wife for libel, while Coleen is defending the claim on the basis her post was ‘substantially true’. 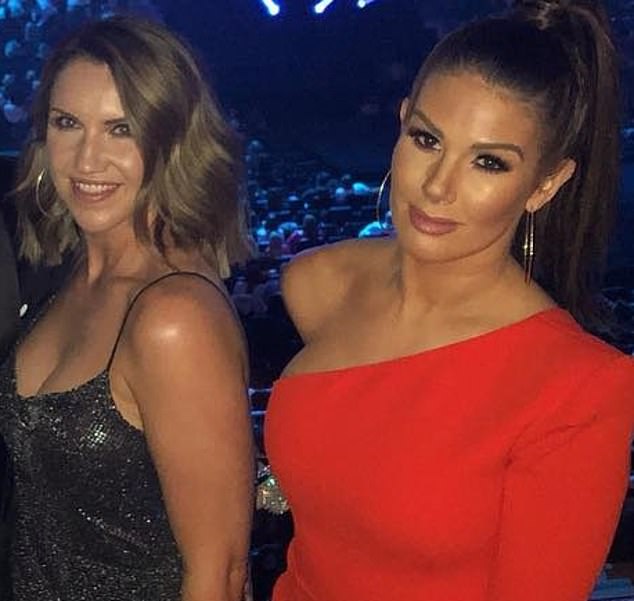 Publicist Caroline Watt (left) and Rebekah Vardy, who are accused of conspiring to leak stories to the media – including about Coleen Rooney. They deny the allegations 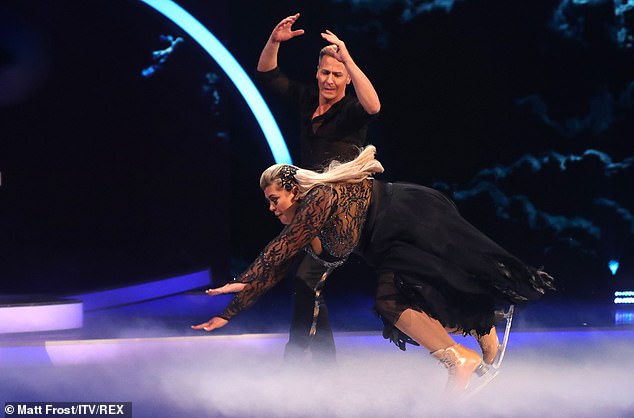 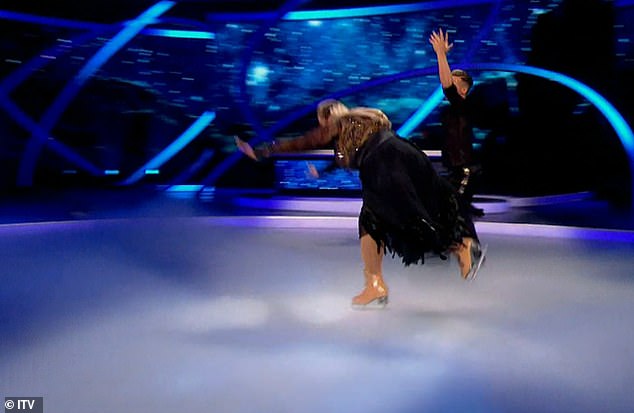 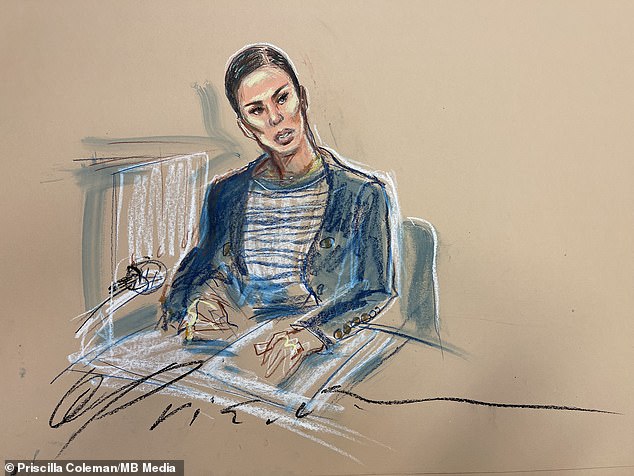 Rebekah Vardy court drawing at the High Court today, May 12, 2022

Coleen’s lawyer David Sherborne read out two Instagram posts by his client in London’s High Court about The Sun’s article in the months before she embarked on her ‘Wagatha Christie’ investigation.

In a public post, Coleen wrote: ‘Someone on my private Instagram seen the picture and is telling or selling stories to a certain newspaper. It’s happened several times now over the past couple of years. It’s sad to think someone who I have accepted to follow me is betraying for either money or to keep a relationship with the press.’

Mr Sherborne then took Rebekah to further texts sent between herself and her agent Ms Watt.

Rebekah told the court: ‘That seems to be what she’s saying.’ She said she didn’t replying, adding ‘at 6.35 I would have been bathing my children’ at the time the message was sent. 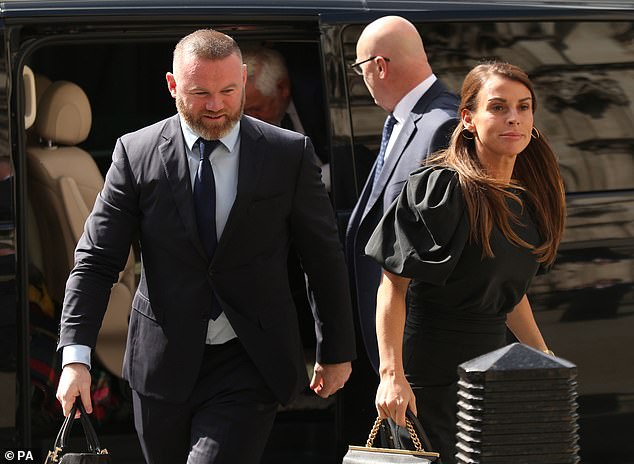 Coleen and Wayne Rooney arriving at the Royal Courts Of Justice, Thursday May 12, 2022 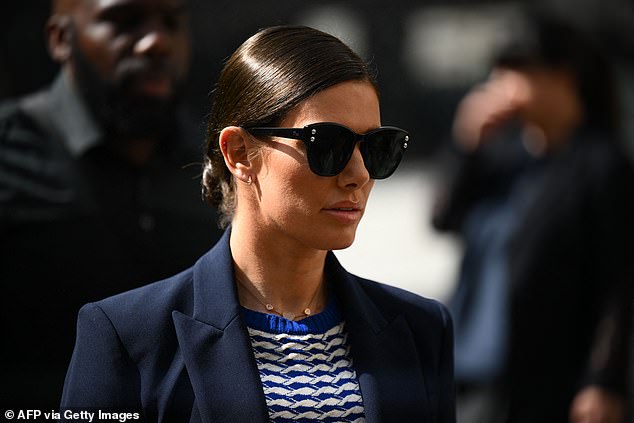 Rebekah Vardy arriving at the High Court in central London on the third day of the ‘Wagatha Christie’ libel trial, May 12, 2022 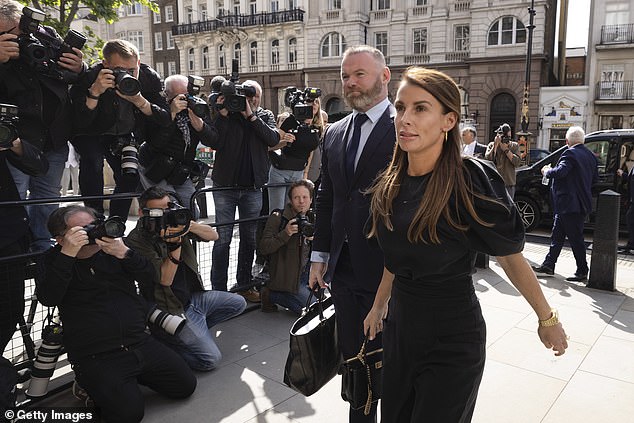 Coleen Rooney arriving with Wayne Rooney at the Royal Courts of Justice, May 12, 2022

The court then heard that Rebekah allegedly tried to throw Coleen ‘off the scent’ with ‘disingenuous messages’ to her suggesting her account might have been hacked by journalists.

Rebekah told Coleen in a private message: ‘Oh my God. What the f*** is wrong with people. Why have they taken that one of you and the kids and not of Wayne in bed? That would have been an even better one in their eyes. D***heads. Hope you are OK.’

Mr Sherborne suggested Rebekah sent the message as she ‘knew the finger of suspicion’ was going to be pointed at her.

Her message continued: ‘That is so bad! And The Sun of all people as well! Have you been through all your followers? No one with any celeb mag links? What about being hacked? I would be chomping if that was me! Not on at all.’

‘This was totally disingenuous, Mrs Vardy,’ Mr Sherborne said. ‘You knew perfectly well that you had been the source of this story through Caroline Watt but you presented yourself to her as someone who hates the Sun. You’re trying to throw Mrs Rooney off the scent, aren’t you?’

‘But you knew Mrs Rooney did,’ Mr Sherborne said, and Rebekah agreed. 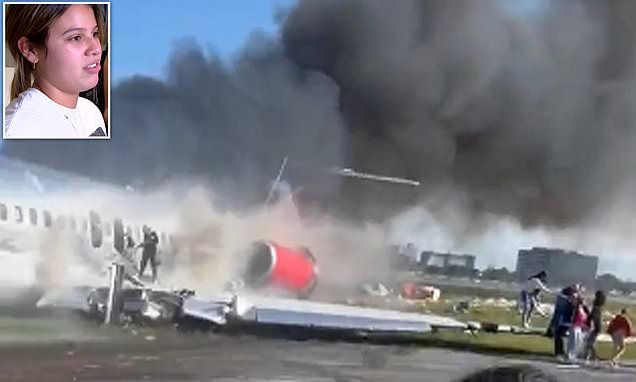 Passenger on Dominican airline that burst into flames at Miami Airport reveals she thought it was going to EXPLODE as new footage emerges of panic aboard as people escaped the burning plane Passenger Paola Garcia rec... 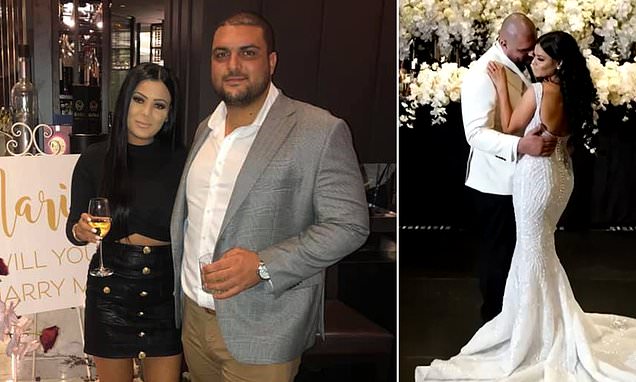 Newlywed bride dies in honeymoon golf buggy crash: Woman is killed ten days after wedding when husband overturns vehicle while performing a U-turn in AustraliaMarina Morgan, 29, died in Queensland after a tragic golf... 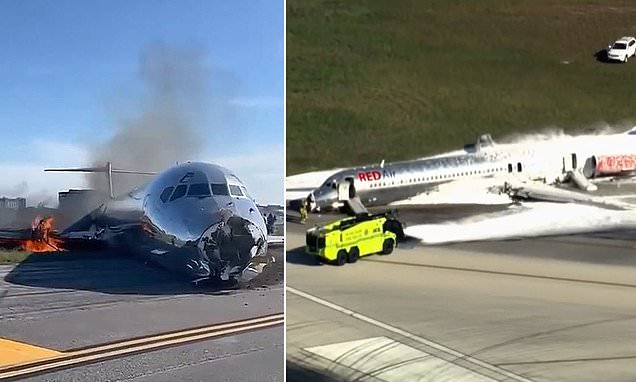 Plane bursts into flames after crash landing at Miami Airport

Plane bursts into flames after crash landing at Miami Airport