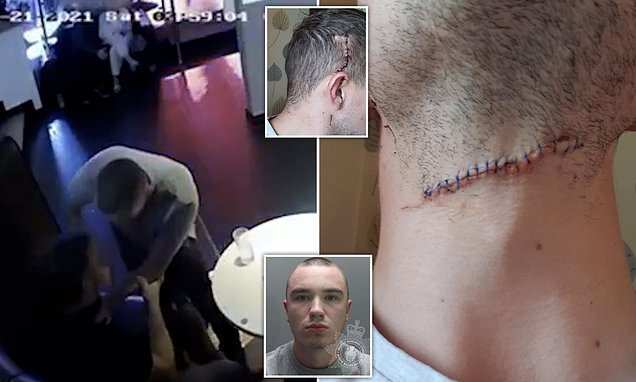 Shocking moment teenage knifeman, 19, launches razor attack on innocent man in Welsh nightclub, leaving him with huge scars on his face and neck

This is the moment a teenager knifeman left an innocent clubber with horrific scars in an unprovoked razor attack in a Welsh nightclub.

Alex Jones, 19, of Bro Dirion in Holywell, was given a sentence of 10 years and four months at Mold Crown Court on Friday for the attack he launched on Jake Pickstock at the One47 club in Llandudno in August.

Pickstock, 24, had been enjoying a night out in the venue on Upper Mostyn Street just weeks after the Welsh Government allowed nightclubs to reopen their doors following the pandemic.

The horrific incident was captured around 3am on the club’s CCTV system.

The recording shows Pickstock sitting alone in a seating area of the venue in a booth next to where Jones was sitting, before the attacker appears lean into speak to Pckstock, before showing his weapon.

Pickstock reels back, visibly shocked, and braces against Jones’ arms but Jones grabbed his victim by the head and slashed at his throat and face before calmly walking away.

Pickstock was left bleeding and remained seated, holding his head and neck in utter shock and disbelief before he received ‘life-saving’ first aid at Club One47.

He sustained huge cuts across his throat, face and the side of his head, while the court heard he was still battling the mental scars he received in the attack. 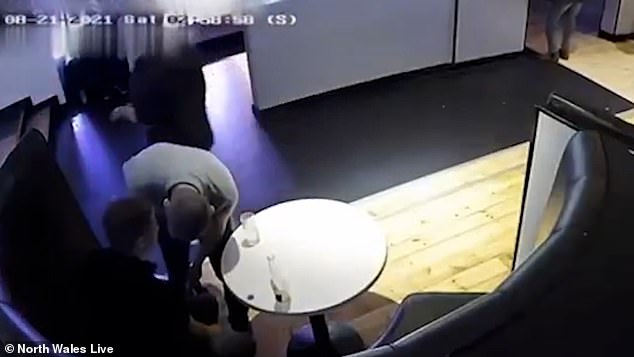 CCTV footage shows the attacker leaning into speak to PIckstock, before showing his weapon 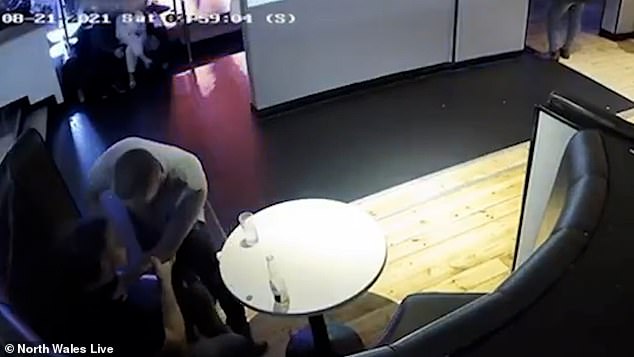 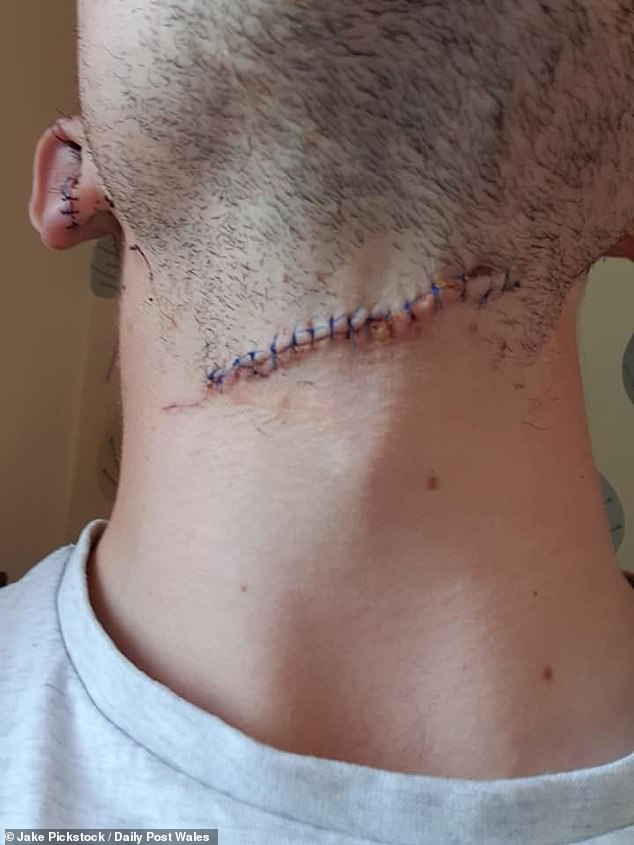 Jones slashed at his victim’s face, head and neck, leaving him with a number of scars each measuring several inches 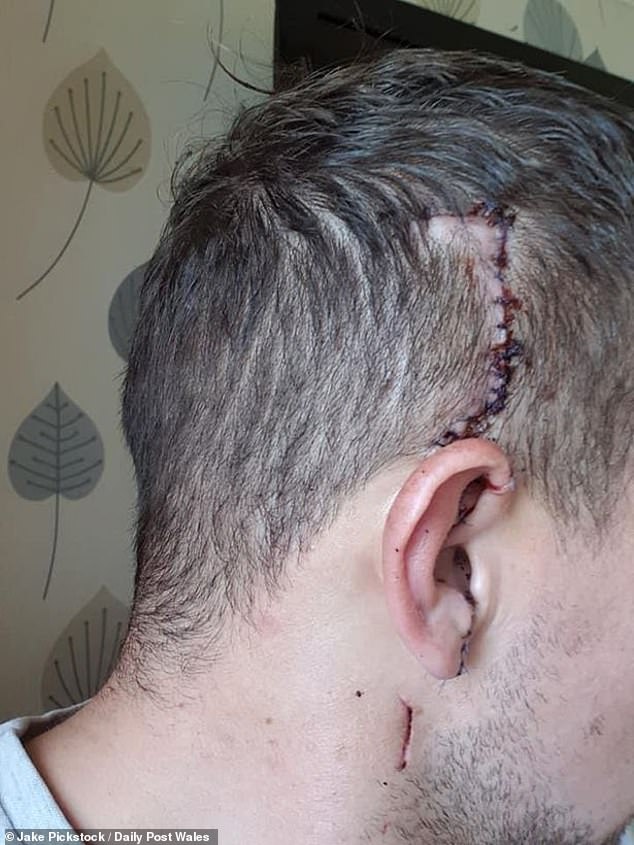 Pickstock sustained huge cuts across his throat, face and the side of his head, and the court heard on Friday he was still battling the mental scars he received in the attack 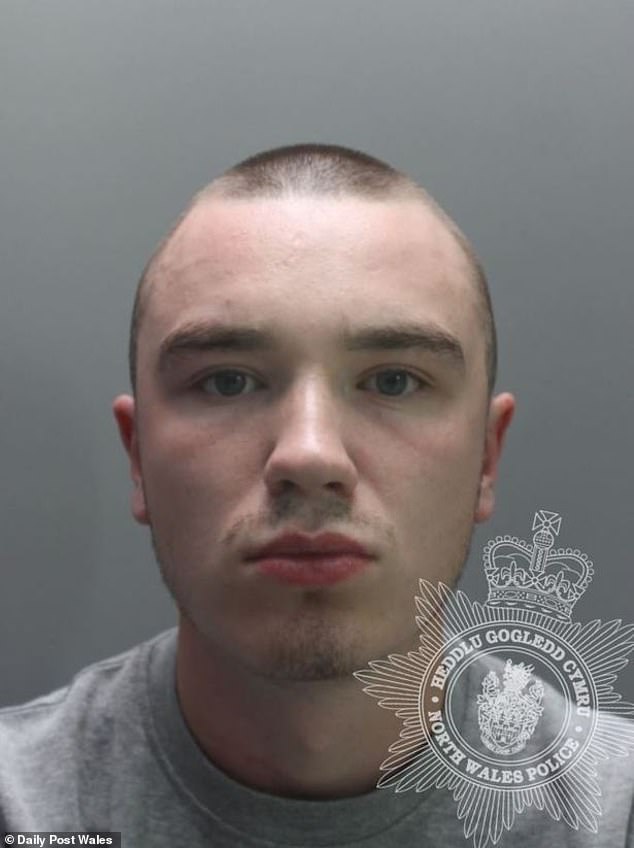 Alex Jones, 19, of Bro Dirion in Holywell, was given a sentence of 10 years and four months at Mold Crown Court on Friday for the attack in August

Pickstock was taken to Glan Clwyd hospital after receiving the lifesaving first-aid, where he needed dozens of stitches.

Meanwhile, Jones tried to dispose the blade in a nearby recycling bin outside the club after sauntering out as though nothing had happened.

He was seen disposing of the weapon by nightclub staff and promptly detained before being arrested and taken into custody where he refused to comment on the incident.

He later admitted to wounding with intent at a hearing following his initial arrest.

Prosecutor Rebecca Wright told Mold Crown Court on Friday how Jones had been drinking a combination of tequila, whisky and lager to a point where he described himself as being ’10 out of 10 drunk’, before coldly slicing his victim’s face and neck with a razor.

The court was shown the CCTV footage as Jones watched on via video-link from HMP Berwyn.

Judge Rhys Rowlands said the photographs of injuries in this case were some of ‘the most horrific injuries’ he had ever encountered and praised the people who offered Pickstock first-aid in the immediate aftermath of the attack.

‘It’s a great testament to everyone concerned in the treatment of the victim that he is with us as well as can be expected today,’ Rowlands said. 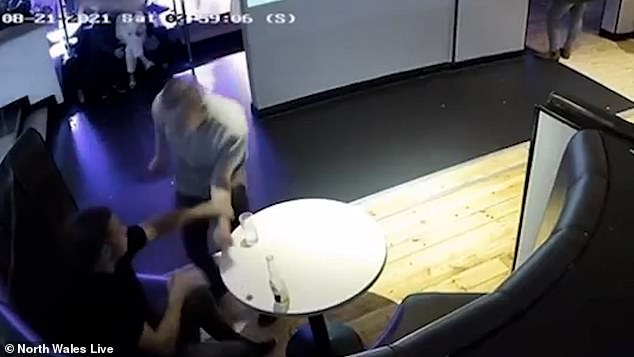 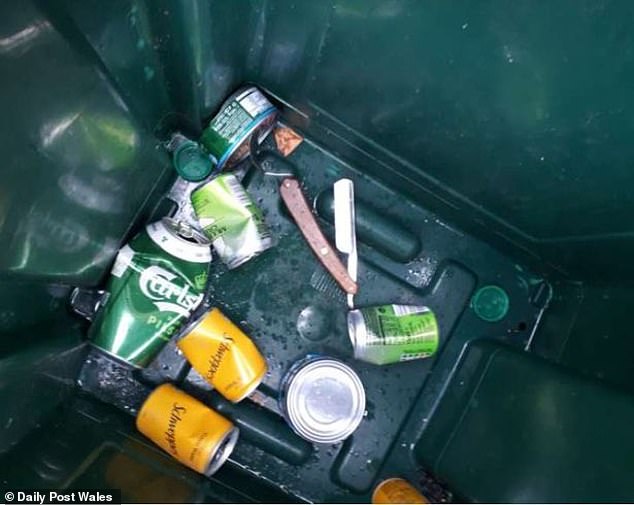 Pictured: The razor Alex Jones used to carry out his cowardly attack and later disposed of in a bin outside the club 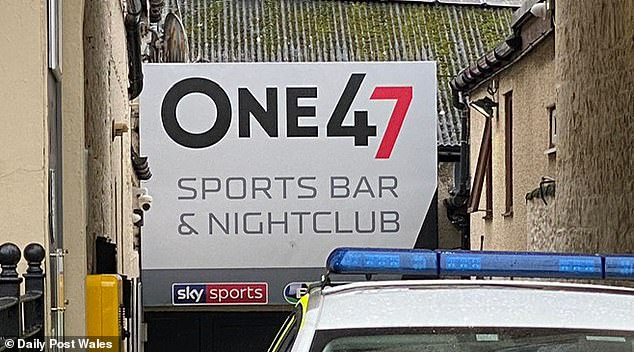 The cut-throat razor attack took place at the One47 club in Llandudno in August, just weeks after the Welsh government permitted clubs to reopen after the pandemic

The court heard that Pickstock was not only left with life-long physical scars – but has also remains mentally scarred by the attack.

Meanwhile, a victim impact statement read out in court from Pickstock said that if he were to come face-to-face with his attacker again, he would only have one thing to say: ‘Why me?’

Owen Edwards, defending Jones, acknowledged that it was an incredibly serious case involving a man who has ‘well and truly blown his last chance’.

In June 2020 Jones was sentenced to 26 weeks for being found in possession of a knife at a party and then punching a custody sergeant upon his arrest.

Edwards asked the court to consider Jones’ age when passing sentence and added his ‘limited level of maturity’ was not helped by his youth.

However, the judge said he felt there was no alternative for such a horrifying attack other than prison.

Sentencing Jones to a total of 10 years and four months behind bars, Judge Rowlands said that: ‘In drink, you took a cut throat razor into a nightclub at Llandudno.

Judge Rowlands said that carrying this weapon was simply to ‘big yourself up’, adding that Jones was more than comfortable with using it.

He continued by saying this was a ‘cowardly and brutal attack’ carried out with an ‘explosion of violence’. 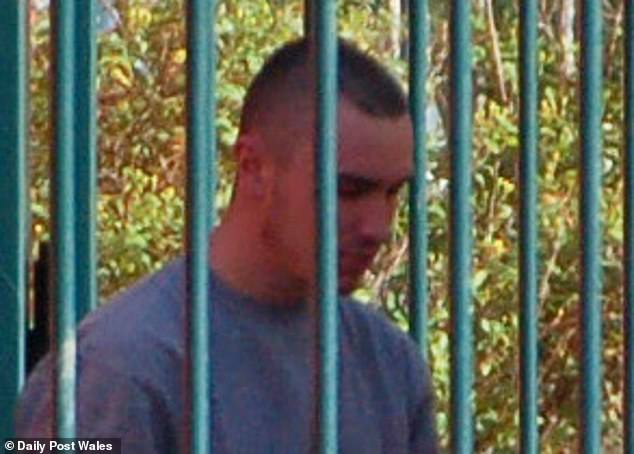 The judge added: ‘Your victim did absolutely nothing to deserve being on the end of this attack. It was just his misfortune to come across you that night.

‘The weapon you chose to carry was fearsome and capable of inflicting some of the most horrendous wounds. You were caught on CCTV also seemingly showing off the weapon just moments before this attack too.’

Judge Rowlands added his praise to those involved in saving Pickstock’s life that night, calling them ‘heroes that were just doing their jobs’.

Speaking after sentencing, Detective Constable Richard Owens said: ‘We will not tolerate violent behaviour in our community and those caught will be dealt with robustly.

‘This horrific attack that took place in Llandudno earlier this year shows that through the nature of offences involving dangerous weapons, it only takes a single act to cause serious harm and injury.’