Water POURS into cabin of British Airways flight on Airbus A380 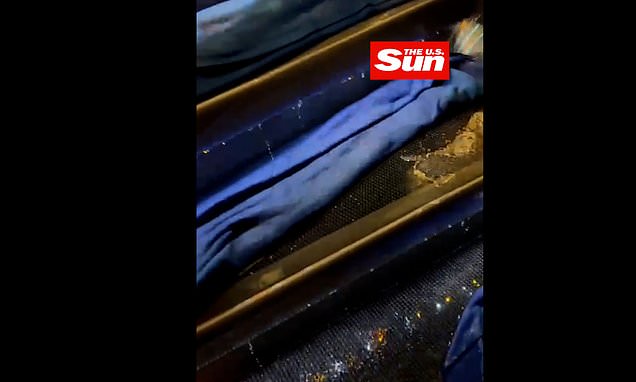 Water POURS into cabin of British Airways flight at 30,000 feet as staff desperately try to stop the flow on Airbus A380 from Heathrow to Washington DC

A British Airways flight saw chaos onboard as water poured into the cabin.

Crew members desperately tried to stop the relentless flow of water as the plane soared 30,00 feet in the sky.

The plane, on transatlantic flight BA292, left Heathrow at 10.40pm last Friday and landed in Washington DC at 10.55 on Saturday.

The Airbus A380 is a double decker plane with two flights of stairs, one at the front and one at the back of the airplane which has room for 500 passengers.

BA have told us that a fault with a water storage unit at the back of the plane flooded the flight of stairs used by economy passengers on the plane. 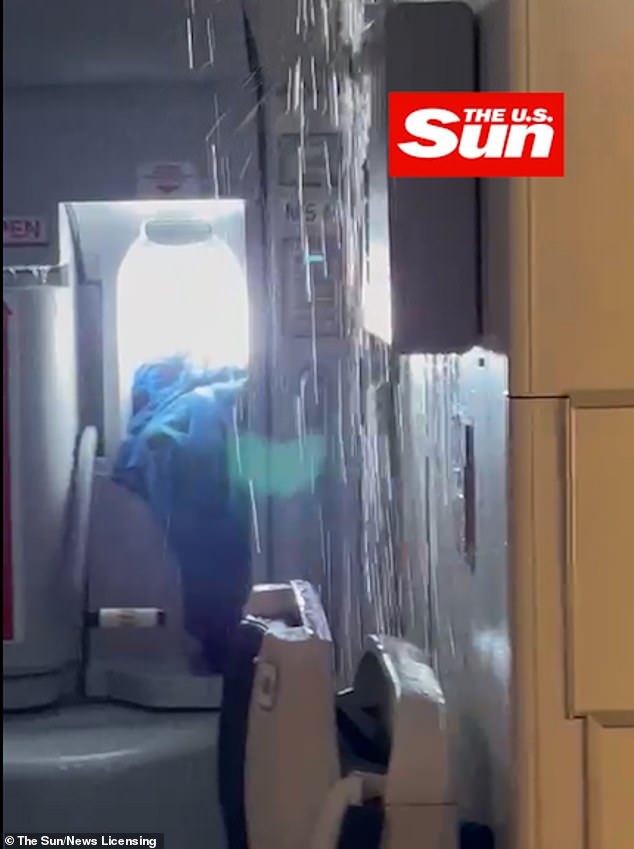 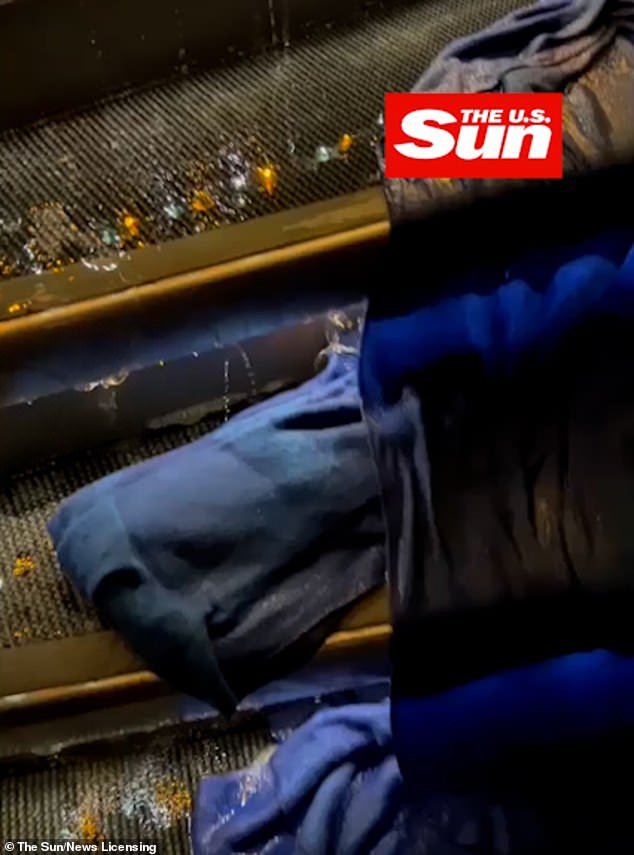 
BA said: ‘There was no safety issue at any point, this was from the clean drinking water supply.

‘The flight continued safely to Washington and landed as normal.

‘A faulty valve was replaced and the issue fixed.’

The shocking technical fault occurred towards end of the 7 hour flight to the States.

Engineers managed to fix the valve and the same plane was back in the air the same day.

BA have told us that this is rare as one staff member had never seen it happen in the three and a half years he had worked there. 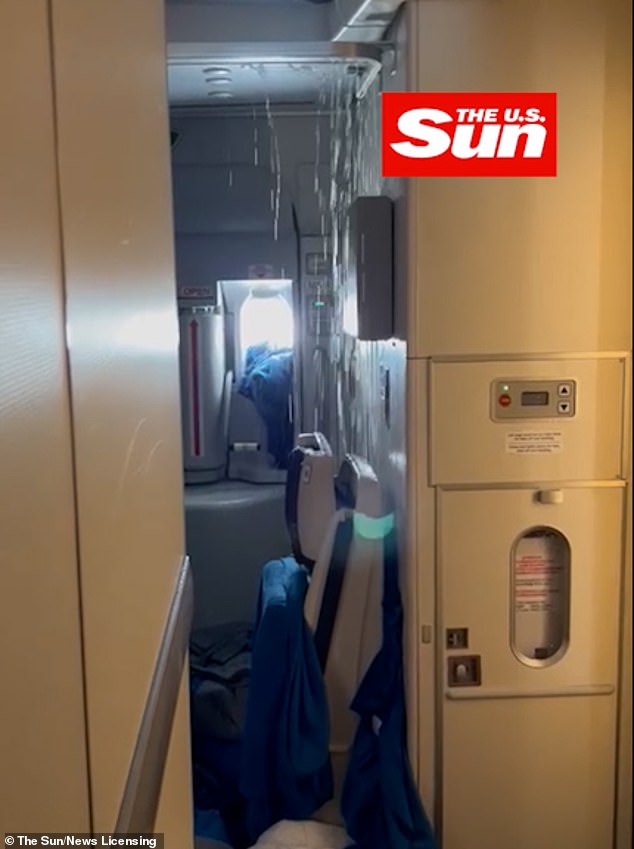 Litres of water fell from the top of the cabin 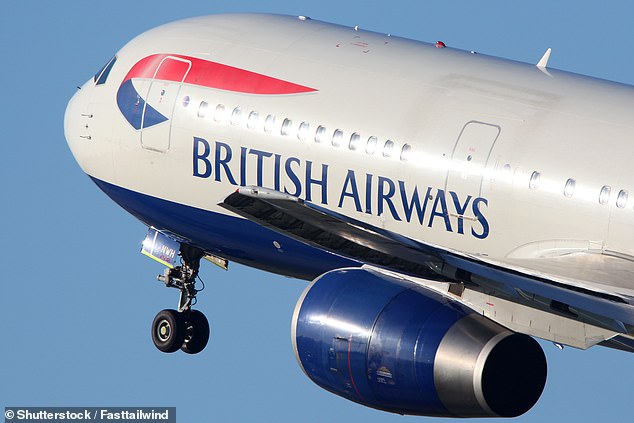 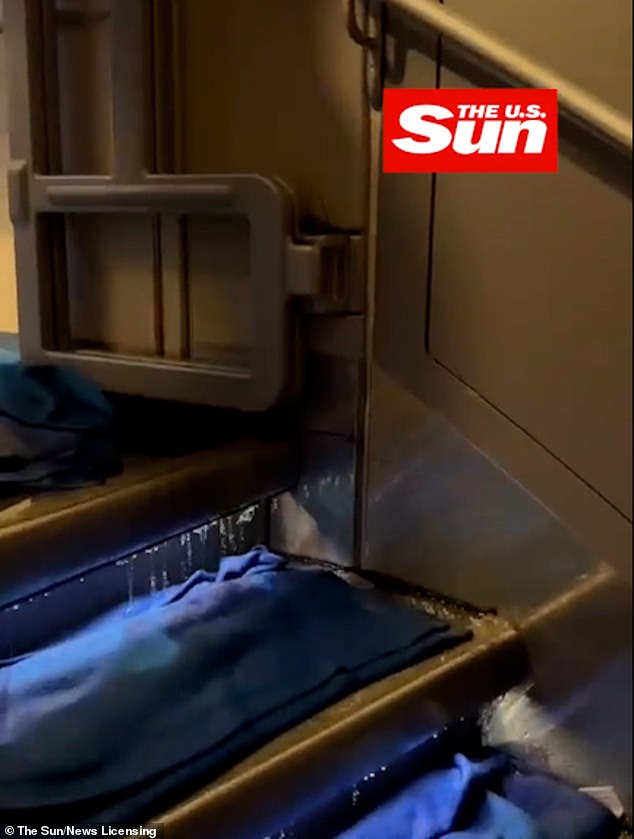 An airline worker told The Sun: ‘This was not a flight for nervous flyers.

‘An inflight waterfall is not a regular feature at BA. It looked more British Waterways that British Airways.

‘Crew gave thanks the leak happened towards the end of the transAtlantic crossing.

‘There were a few people saying their Hail Mary’s, but staff were professional throughout.’

In one video a BA stewardess can be heard whispering ‘no f****** way’ while water poured down the cabin. 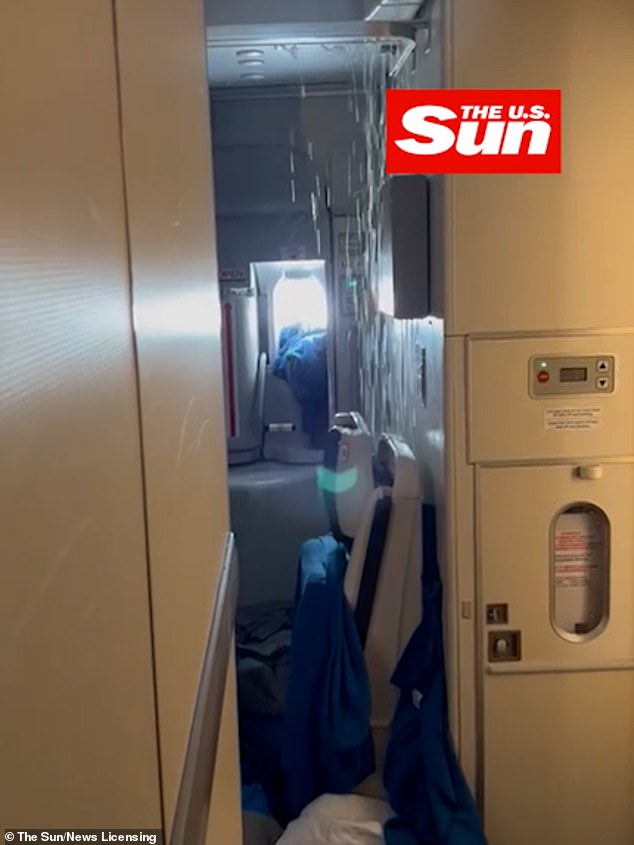 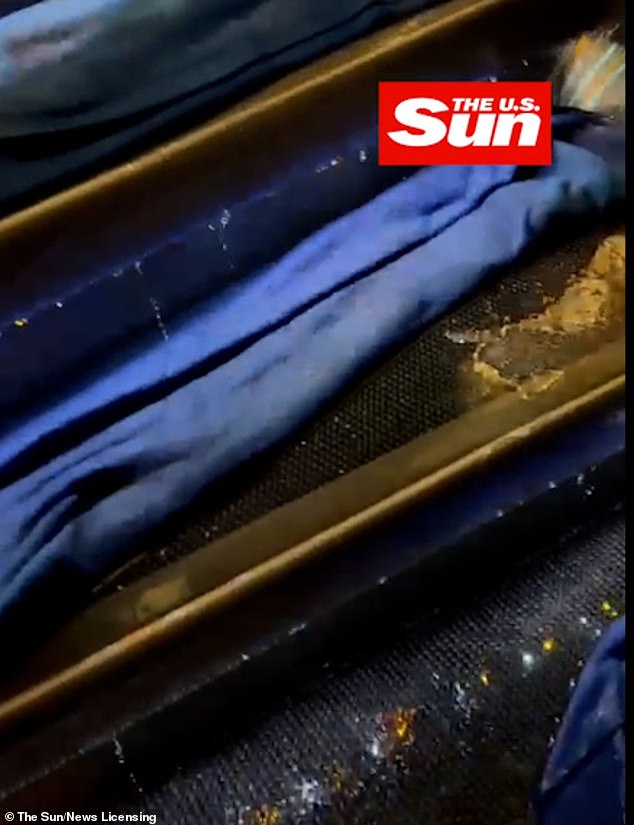 An airline spokesman said: ‘While there was no safety issue at any point, the area was quickly isolated and the flight continued as planned.’

It is the first time one of BA’s A380 jets has experienced a leak during a flight although Airbus has been hit by similar incidents before. 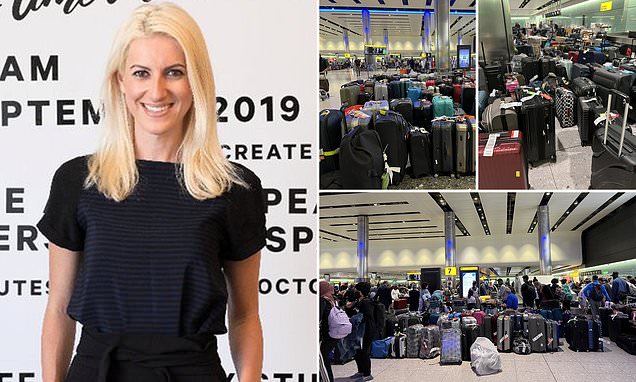 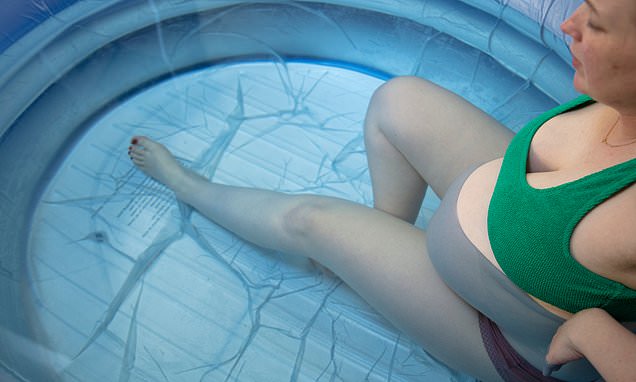