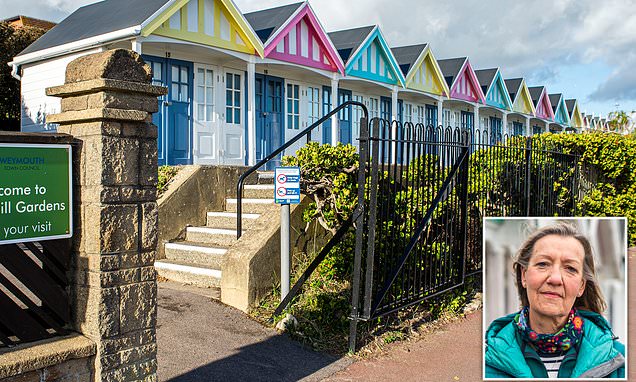 A beach hut tenant said she was left close to tears after being evicted by a ‘rude and arrogant cartel’ of pensioners who have taken over the running of the chalets.

The three trust directors who manage the 45 chalets at Greenhill Gardens, Weymouth, Dorset, have come under fire for the way they have been unceremoniously evicting some long-standing tenants.

Aggrieved tenants say they have been given no explanation or reason for their evictions by the trio.

Maureen Smethurst, a retired schoolteacher, received a blunt letter telling her to vacate her cabin after three years.

But when she tried to question the decision she was met by a wall of silence.

Mrs Smethurst accused the directors – Sue Bray, Janis Chalker and Janet Cridland who are all aged in their 70s – of acting in their own self-interests by keeping hold of their own huts.

She said: ‘I know why they are doing it. They need to manage the turnover better for other prospective tenants but I don’t see them giving up their own chalets.

‘It’s got to be done in an even-handed way.’ 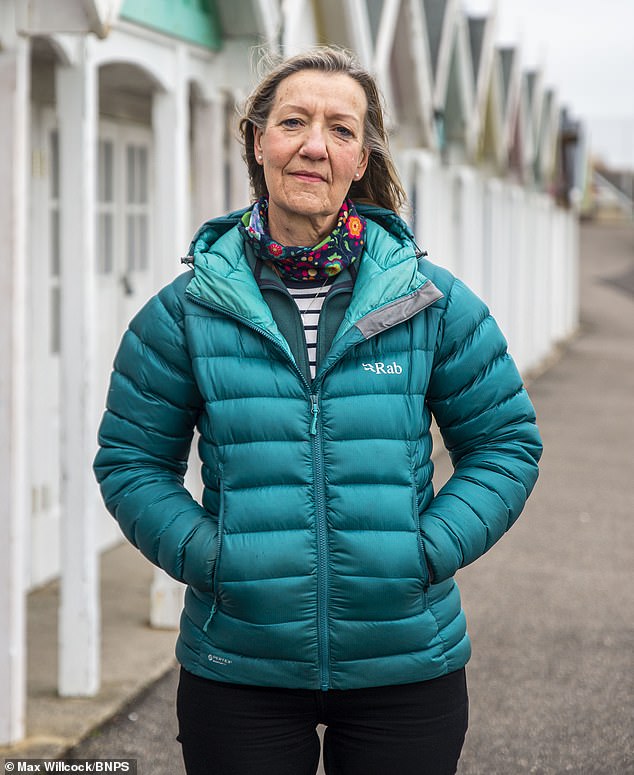 Maureen Smethurst outside her beach hut in Greenhill Gardens, in Weymouth, which she has been ordered to vacate by March 31 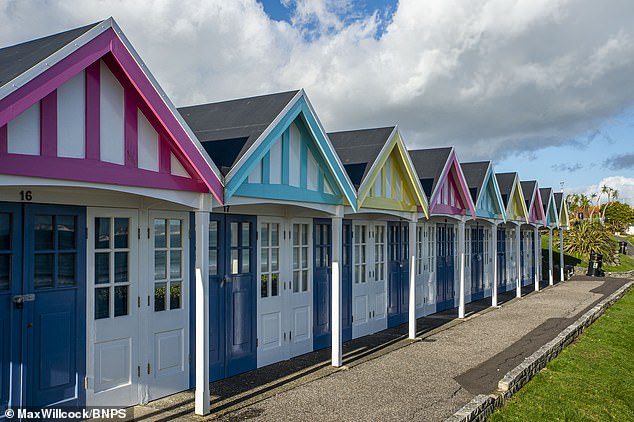 When Mrs Smethurst called Ms Bray to challenge her eviction, she was told ominously: ‘I don’t hold out much hope for you.’

She then sent a letter to the other directors of the Greenhill Community Trust asking them to explain why she had been evicted, but received a ‘terse and angry’ response.

They emphasised, in capital letters, that they were under ‘no obligation’ to renew a licence or lease and that under ‘no circumstances’ would their decision be reversed.

In a second letter, they stated, in bold and capitalised text: ‘For the avoidance of doubt, the Greenhill Community Trust informs you this is the final communication on this subject.’

Mrs Smethurst, a mother of three who has lived in Weymouth for 30 years, said: ‘They sent us a letter saying we had to vacate the chalet by March 31. It was that terse. There was no explanation. 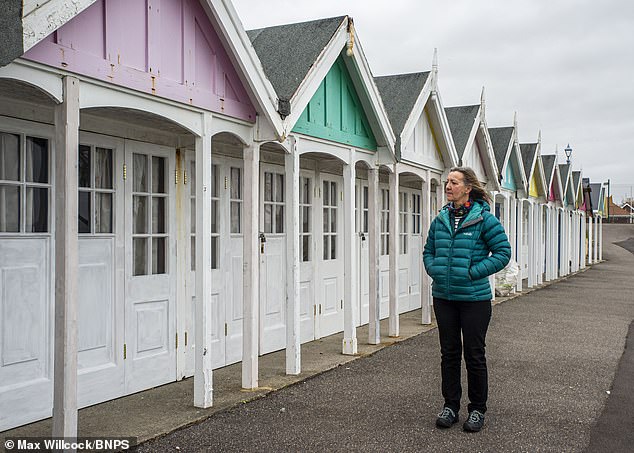 Maureen Smethurst outside her beach hut in Greenhill Gardens, in Weymouth

‘I spoke to Sue Bray who told me, ‘I don’t hold out much hope for you’. I felt very tearful actually. It was like she was telling me there was no point in fighting it.

‘I sent a letter to the directors and their response was very angry and blunt – it was upsetting and hurtful to receive something like that.

So far six tenants and a sea swimming club have been evicted from their chalets.

The affected tenants have had their chalets from anywhere between three years and 50 years, and while some of them live in Weymouth, others live outside of Dorset.

‘It is disappointing to lose the use of the chalet but far more disappointing is the unnecessarily rude, arrogant and dismissive tone of the directors in their limited communication with us and their continuing refusal to provide the reason behind their decision not to renew the licences of some tenants.

‘Every chalet tenant signed the same agreement of three years but it is being evoked against just a few occupiers.’ 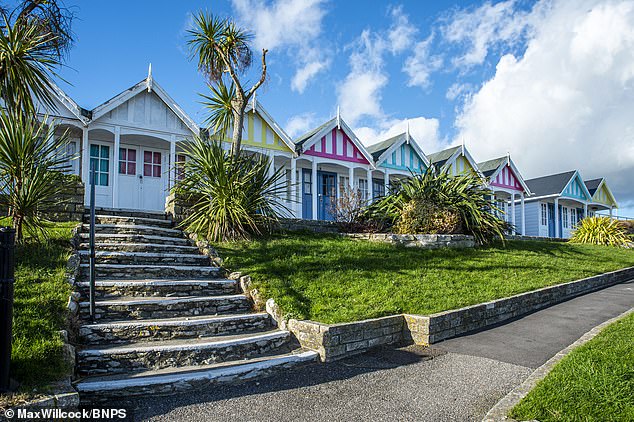 The chalets have been enjoyed by some tenants for decades 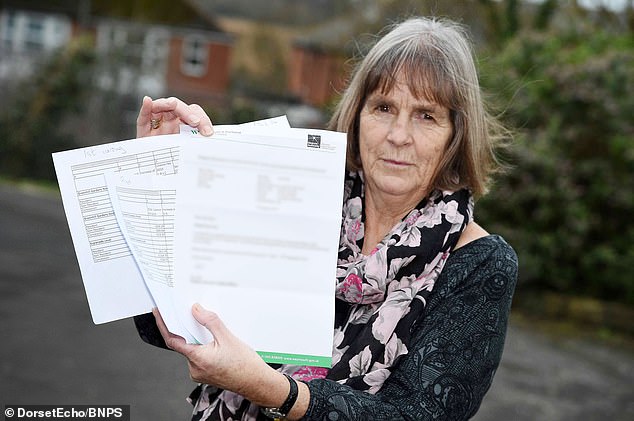 Sue Bray, one of the directors of the Greenhill Community Trust, which has apparently ignored pleas to reconsider or discuss the evictions. So far, six families and a sea swimming club have been kicked out

Vicky Winslow, 42, an office manager, said her parents, Mike and Gay Huggins, had been model tenants who paid their fees on time and maintained it to a high standard.

She said: ‘We have looked after it, decorated it inside, and just spent so much time there in general – we even hold a party once a year.

‘Yet now we have been told to clear out by the end of March with no reason at all. It is devastating, I have not seen my mum this upset in years.

‘We have had so much joy there and the thought of my children not enjoying it too, like I have, breaks my heart.

‘To have no consultation or engagement totally makes it feel like a personal attack – they won’t even talk to us on the phone.

‘There is no rhyme or reason to it but we have had to accept the decision as we don’t want to prolong the upset.’ 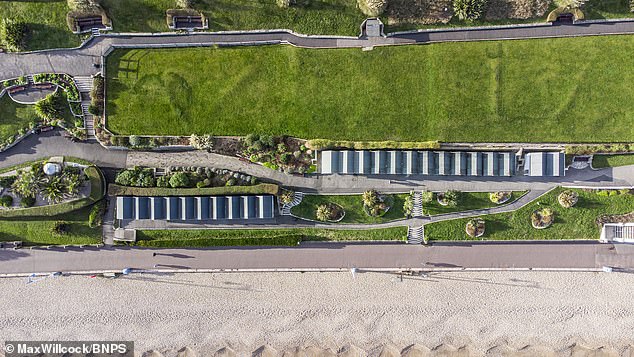 Some of the occupants who have had their cabins in Weymouth, Dorset, for up to 50 years have been left ‘devastated’ after being told their licences were not being renewed. Pictured: the beach huts at Greenhill Gardens

Elizabeth and Tony Fisher have been tenants since 1987 and visit their chalet daily between May and October each year because they are keen sea swimmers.

But they received a letter from the trust saying they can no longer lease the chalet and there was no right of appeal.

Ms Fisher, a 69-year-old retired modern languages teacher, said they were told they did not renew their lease in time, which they claim is untrue.

She said: ‘We have had a good innings in the chalet and I have been trying hard to think that it is time someone from the waiting list had a chance to enjoy what we have had for so many years.

‘But the sour taste in the mouth from the suspicion that one has been unfairly dislodged remains.’

Mrs Bray was approached for comment but said: ‘No, we do not talk about individual people. We’re not getting into who said what.’ 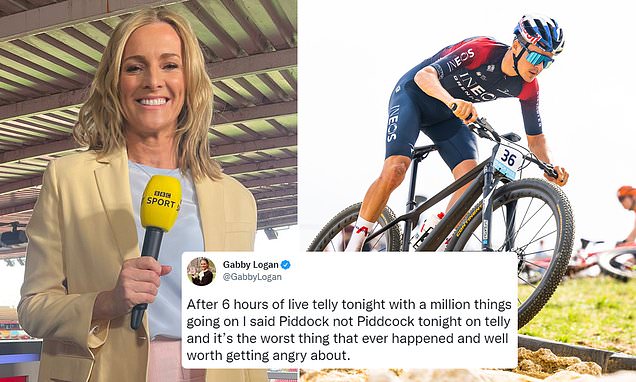 'It's well worth getting angry about': Gabby Logan mocks internet trolls who savaged her for mispronouncing Olympic gold medalist Tom Pidcock’s name on TV after six hours of live coverage Gabby Logan has defended her... 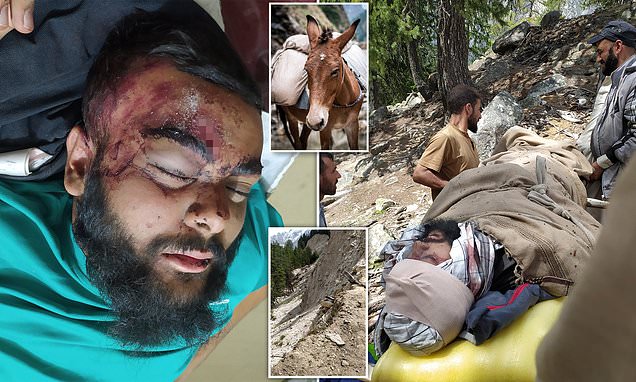 British man, 22, cheats death after plunging 100ft in the Himalayas when he was butted off the edge of a mountain by a charging MULESyed Bukhari from London was on a three-day hiking expedition in Pakistan On the sec... 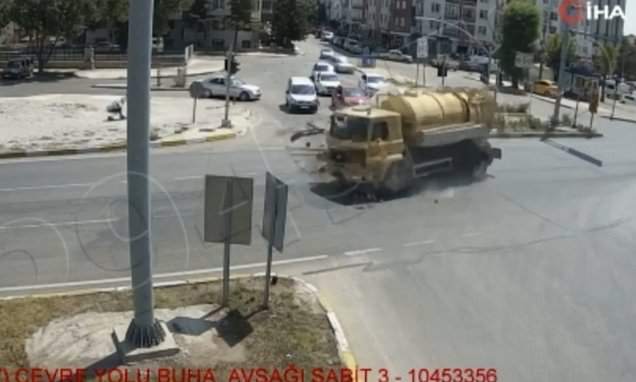