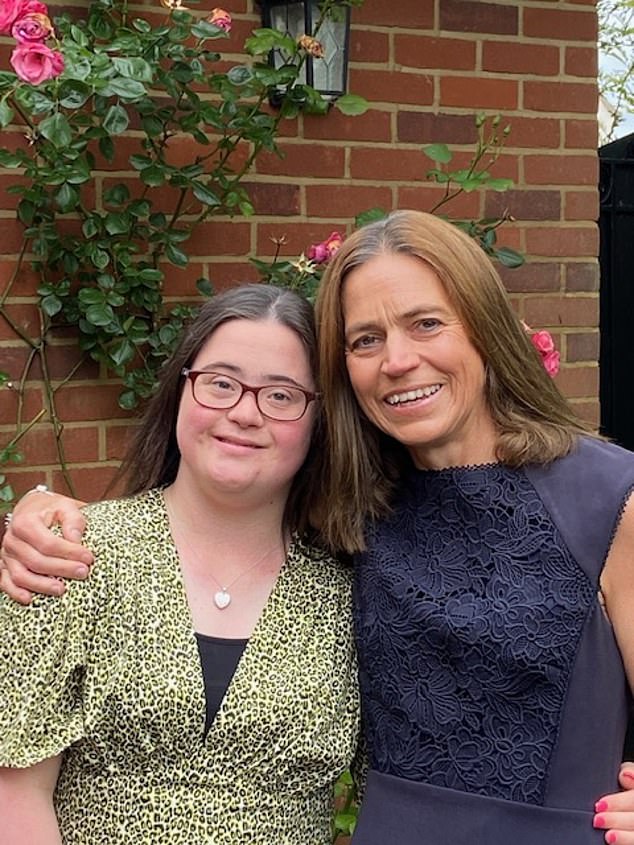 Nicky Laitner, 53, is an admin assistant and running coach. She lives in St Albans with her husband Steve, a GP. They have three daughters, Charlotte, 22, Jess, 20, and Sara, 16.

I was 29 when I had Charlotte and, apart from the routine scans, I opted not to have any testing for chromosomal conditions including Down’s syndrome. I wouldn’t have had a termination so I didn’t see the point; and because of my age I’d no reason to think I was having anything but a ‘normal’ pregnancy. 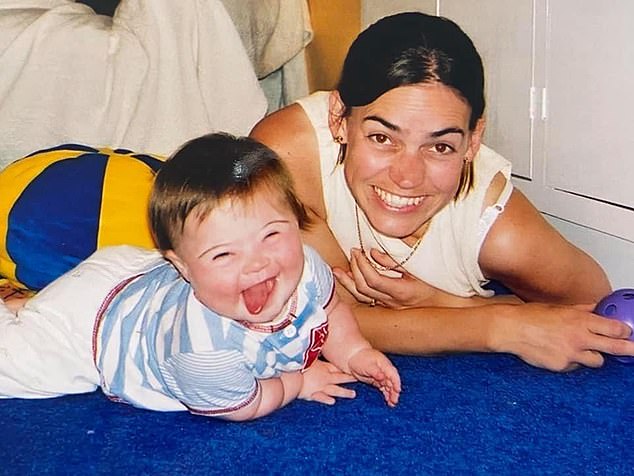 When she was 18 months old, I had my second daughter Jess, and four years later Sara was born. I’d never wanted to have an only child, plus I wanted Charlotte to grow up with siblings, and to have a support network when she was older.

Charlotte went to mainstream school, where she had wonderful support, and left with GCSEs. Academically, she was capable of handling school, but more importantly, I felt it would prepare her socially for the world she would have to live in as an adult.

Those years weren’t without their challenges. She experienced some bullying, and it was very painful to realise I would never be able to fully protect her from cruel comments. At times, life felt like an endless series of appointments and meetings, both medical and educational, to make sure she got the support she needed.

A natural performer with amazing comic timing, I remember Charlotte once bringing the house down at a school assembly, singing and dancing to a Cheryl Cole number. Aged 11 she joined Chickenshed, an inclusive theatre company for children and young adults. When she was 16, she was offered a place on its BTec course where she flourished and went on to gain a 2:2 BA degree in inclusive performance. Last June

I cried tears of immense pride at her graduation. Beautiful, confident and happy, it’s hard to believe expectations of her were so low it was suggested I abandon her or, even worse, that I should have ended her life before she was born.

Today, Charlotte lives a life very similar to any other 22-year-old. She works at a local cinema, keeps fit, goes to the pub with friends. She’d like to have a boyfriend one day and have a place of her own. 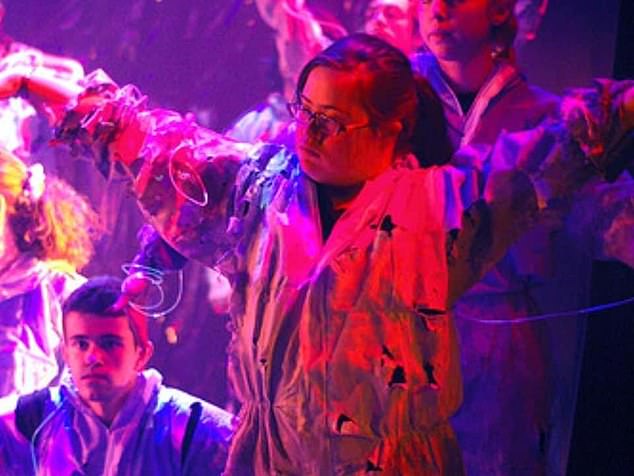 I see the surprised faces when I go out jogging, or serve people at the cinema. My hope is that by being visible, and proud of who I am, the next time that person won’t be so stunned to see a woman with Down’s syndrome living a normal life. I’ve been bullied in the past at school, and mocked for how I speak and look. It was really upsetting, but Mum was always there to comfort me, and reassure me that the bullies were the ones with the issues, not me.