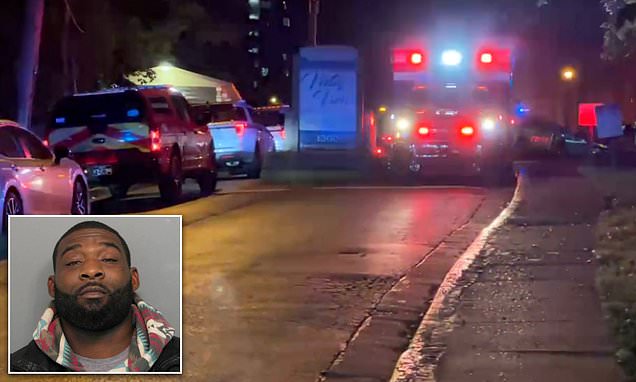 A US woman ‘saved lives’ when she shot a man who opened fire on a crowd of people with a semi-automatic rifle.

The woman, who has not been named, had been at a birthday party in the city of Charleston, West Virginia, when Dennis Butler began shooting at the group of around 40 people.

Police say 37-year-old Butler, who has an extensive criminal history, used an AR-15-type rifle in the incident, and was killed when the woman fired back at him.

Spokesman Tony Hazelett said the woman will not be charged, and that she most likely ‘saved several lives’ by firing back.

He said: ‘She’s just a member of the community who was carrying her weapon lawfully. 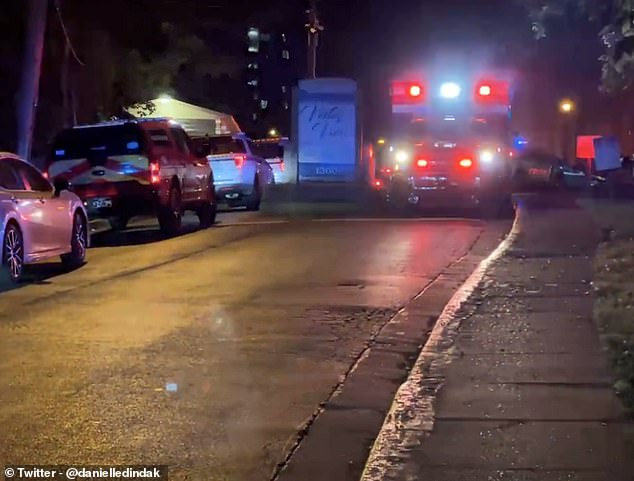 Emergency services were called to the apartment block in Charleston on Wednesday night, May 25 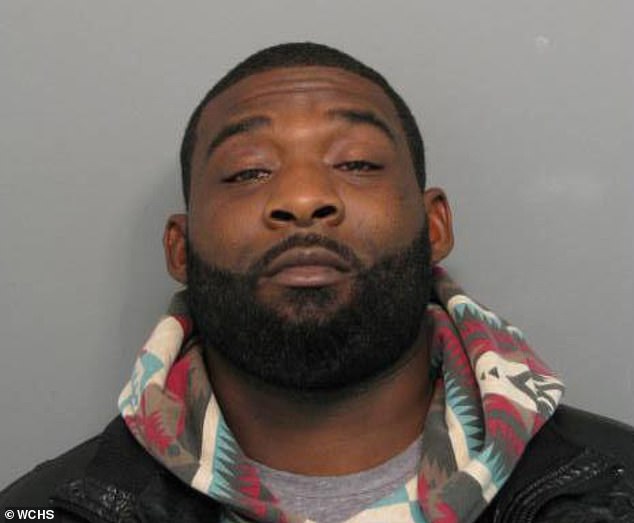 Dennis Butler, 37, pictured, was killed after being shot by a bystander when he opened fire on a crowd of people with an AR-15 style rifle

‘And instead of running from the threat she engaged with the threat and saved several lives.’

No one else was injured in the shooting, which took place late on Wednesday, May 25 near the Vista View Apartment Complex on the northeast side of Charleston.

Speaking at a press conference, Mr Hazelett said the incident appeared to have stemmed from Butler being told to slow down while driving through an area where children were playing at the party.

He said the felon left the complex, before coming back later with an AR-15 style semi-automatic rifle and began firing into the crowd.

The woman, who was attending the party, drew her own weapon and shot back, killing him, WCHS Eyewitness News reports.

The news site reports that Butler had frequently been arrested in West Virginia, with charges often dismissed when witnesses failed to appear. 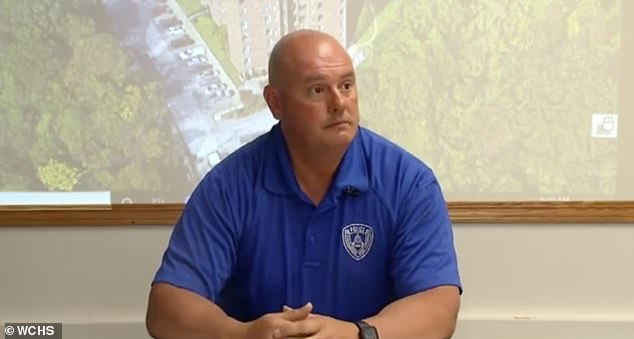 He also faced unlawful and malicious wounding charges in 2016 after a woman was shot in Charleston.

This incident happened only a day after 18-year-old Salvador Ramos killed two teachers and 19 children in a mass shooting at a school in Uvalde, Texas, during which he used an AR-15 style rifle – the same as was fired by Butler.

Ramos was able to buy his weapon legally only a week before the shooting, while police are investigating how Butler, a convicted felon who is not legally allowed to carry a firearm, got his.

There are renewed calls from Democrats and anti-gun activists to increase restrictions on the type of weapons that can be bought in the wake of the shooting.

The party put forward a domestic terrorism bill which would have opened debate on difficult questions surrounding hate crimes and gun safety.

Democrats said the bill could become the basis for negotiation on further gun legislation, but it failed when every Republican in the Senate voted against it, raising fresh doubts about the possibility of robust debate, let alone eventual compromise, on gun safety measures. 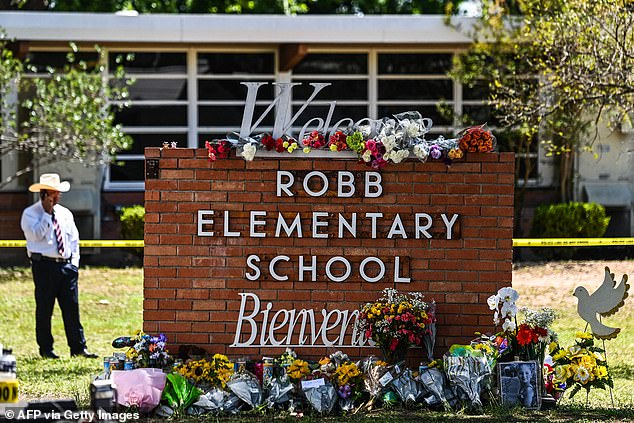 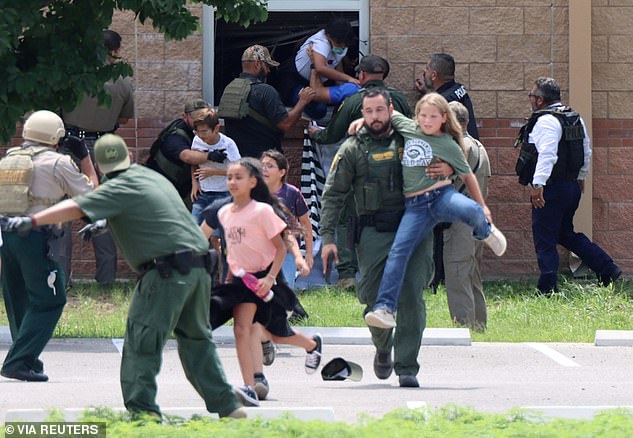 Children ran out of the school with scared looks on their faces after police helped pull them from a window at Robb Elementary School on Tuesday, where Salvador Ramos, 18, killed 19 fourth-graders and two teachers

Republicans have pushed back, with Senator Ted Cruz calling for police officers and ex-military members to be station at school doors.

The Republican lawmaker said that despite visiting six shooting sites since 2016 he is not in favour of tighter restrictions or gun reform.

Cruz went on to blame ‘virtual life’ as a fundamental reason shootings are happening, saying it creates an ‘absence of community and faith and love,’ Fox News reported.

‘Tragedies like the events of this week are a mirror forcing us to ask hard questions, demanding that we see where our culture is failing.’ 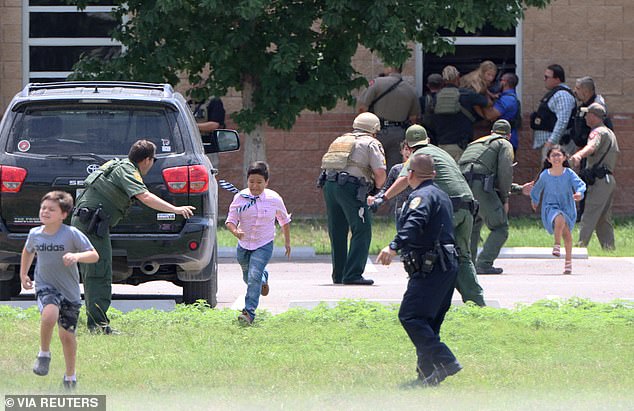 Cruz suggested there only be one point on entry to schools, as well, so the shooter couldn’t enter through a backdoor

He cited ‘broken families, absent fathers, declining church attendance, and social media bullying’ as reasons young people psyches are being effected and could potential lead them to violent.

He added that if Democrats succeeded in confiscating guns ‘many more people would lose their lives’.

He claimed – citing the Obama Administration – that 500,000 to 1million times a year, a gun is used defensively.

‘That means, if the left disarms America, those crimes will no longer be stopped,’ he said.

Cruz did not provide the numbers on how many times guns are used in crimes yearly.

He also said ‘single moms in subways’ would be raped or murdered more frequently and that home invasions would become more deadly ‘because only the criminals would have guns,’ and that ‘far more children would be murdered.’